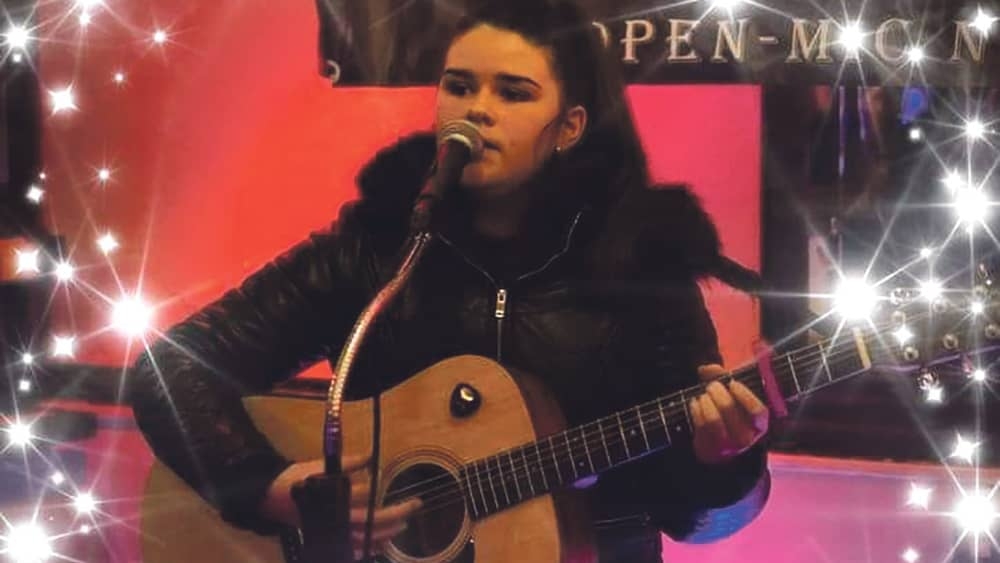 15-year-old Junior Cert student Taylor Dowling from Clondalkin showcased her incredible talent by uploading a video of her performing her original song ‘Winter Blues’ for the competition, which was held on Instagram.

Follwoing a public vote in the form of likes and shares, Taylor was crowned the winner.

Taylor’s mother Edel said her daughter’s love for music began when she was gifted a guitar for Christmas one year.

She said: “We bought her the cheapest guitar from Smyths and we never thought she would stick to it but she is doing really well.

“She started guitar lessons at 12 and developed an interest in writing songs.”

Edel Told The Echo: “If they are picked to represent the area, they perform in Croke Park at the end of the year, but obviously with Covid that hasn’t happened for two years.

“The IYMAs have been running Instagram competitions in the middle of this, just to keep the kids active.

“They announced the competition and said that any song or video that had the most traction on it would be the winner.

Taylor signing one of her songs

“[Taylor] wrote the song straight away and entered the competition – there were some great songs from other people.

“I think she got about 3,800 views on it, everybody got behind her.

“We had people from Clondalkin getting on and checking it out and we even had places like Clondalkin Village Hardware giving it a like – she did really well.”

Edel said an exciting moment in the young singer/songwriter’s career so far has been when she got the chance to perform with Aslan singer Christy Dignam.

“It was a complete fluke. She went to something called The Santa Crew Launch and Christy was the celebrity that was there that night,” Edel explained.

“Everyone was saying to Christy, ‘are you going to give us a song?’ His daughter and son-in-law were there, and his son-in-law usually plays the guitar for him but he didn’t bring the guitar that night.

“Taylor said to her dad that her guitar was in the boot of the car and Christy said no problem she can play.

“Her heart was racing but she got up and did it and played the guitar with Christy, she was delighted, and Christy sent her over a signed album at Christmas.”

NEWER POST‘People are genuinely concerned for the wildlife in their area’
OLDER POSTCoronavirus: Four further deaths and 545 new cases