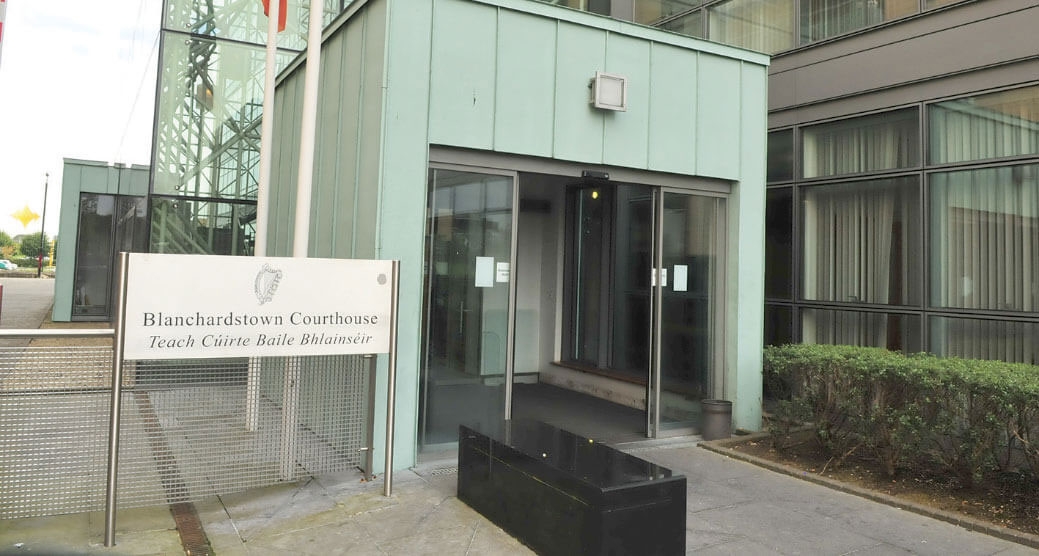 Teenager waved sharp axe over his head at Gardai during riot

A TEENAGER who produced a large sharpened axe and held it over his head during a riot in Clondalkin was jailed for six months by Blanchardstown District Court.

Judge David McHugh heard that Gerard Stokes had a lot to drink that day after he had attended a funeral.

Sergeant Geraldine McManigan told Judge McHugh that between 12.30am and 2.45am on September 27 last, the gardai had been called to Shancastle Avenue in Clondalkin where there was an incident.

She said the gardai were dealing with Stokes and other family members who were attempting to obstruct them and prevent them from arresting people.

Sgt McManigan said Stokes ran into his house and came out with a large maul sharpened axe and waved the axe over his head at the gardai.

The gardai were forced to retreat and they called for the assistance of the Armed Support Unit who dealt with the situation.

Sgt McManigan added that on June 25, 2015, Stokes had been found trespassing in Gannons on the Long Mile Road but was chased out by staff.

He then went into Motor Distributors Limited where he was arrested.

She said Stokes has 22 previous convictions. At Armagh Magistrates Court on June 6, 2017, he had been sentenced to two months for burglary.

Stokes solicitor, Simon Fleming said his client is a teenager.

He said that on the day of the incident, Stokes had been at a funeral and had a lot to drink and he got involved in a row out on the street.

He said Stokes’ uncles son had died in Wheatfield Prison and his cause of death remains undetermined.

Mr Fleming said Stokes had gone into his house to get the axe but he stressed that Stokes had only waved it over his head.

In relation to the two trespass charges he sentenced Stokes to six months detention, suspended for two years.