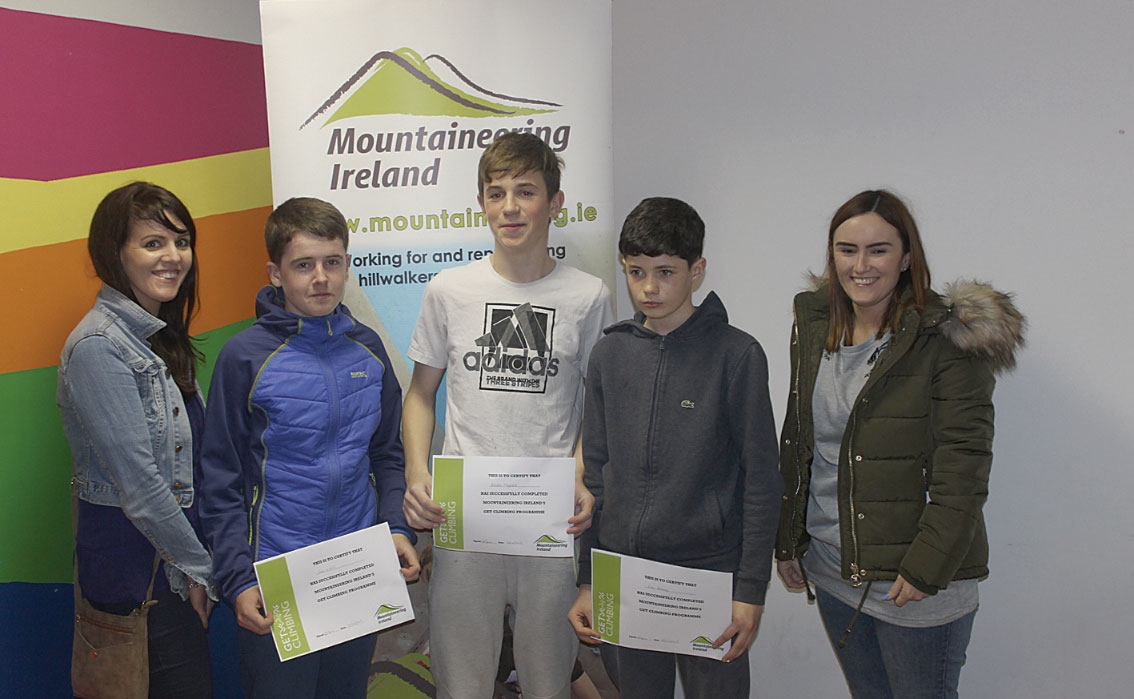 Teens scale the heights for love of their sport

TEENAGERS in Tallaght were recognised for their achievements in climbing at the Dublin Climbing Centre last Monday evening.

The group of 30 young people, from Foroige youth groups in Tallaght were awarded certificates for completing Mountaineering Ireland’s Get Climbing programme.

The groups completed eight sessions at the Dublin Climbing Centre in Tallaght where they have learned the basics of indoor climbing up to the point of being able to climb independently at their local climbing wall.

On Monday evening, 15 of the youths took part in a climbing competition to test their newly acquired skills.

The competition consisted of three boulder problems (short climbs where a rope is not needed) and three longer roped routes.

Brandon Norton from Killinarden took first prize on the night – the only person to get to the top of all of the routes. Shane Daly from Ballycragh was in second place and Cian O’Neill from Killinarden was in third place.

According to Get Climbing Project Coordinator Grainne O’Brien, Mountaineering Ireland has been working with approximately 30 young people from Foróige groups in Tallaght since the summer on the Get Climbing programme.

Ms O’Brien said: ‘All of the participants should be proud of themselves for having completed the course.

“Climbing is a challenging sport, but the participants have shown commitment and enthusiasm and have developed their skills over the eight weeks. I am confident that we will have a whole new group of young climbers in the Tallaght area.”

After the programme has finished, participants will continue climbing at their own club night at the Dublin Climbing Centre.

Mountaineering Ireland’s Get Climbing programme is funded by the Dormant Accounts through Sport Ireland.

NEWER POSTExpert talk: ‘People know about breast and colonic cancer but not much about blood cancer’
OLDER POSTOver 700 abandoned cars reported to council