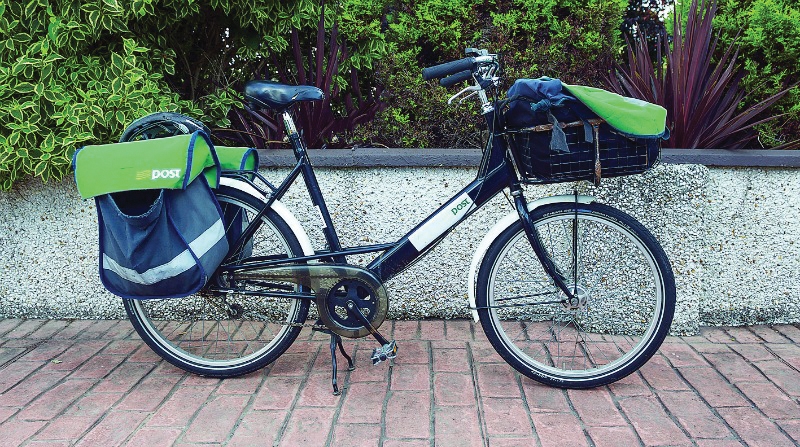 A TALLAGHT postman was delivered a blow on Tuesday when two teenagers robbed his bike in an early morning stroke, which resulted in a number of letters being ripped open in a blatant search for cash or other valuables.

At around 8.40am on Tuesday, July 4, the Tallaght postman, who wishes to remain unnamed, parked his bike outside the apartment block which lies over the Blazin’ Grill restaurant on Cookstown Way.

However, when he returned, his An Post bike was gone and a mountain bike stood in its place.

The postman told The Echo: “It was a bit mad coming back to find my bike gone and a mountain bike in its place.

“I wasn’t sure what was going on, but it later transpired that two lads, aged around 15 or 16, cycled past on mountain bikes and one jumped off his bike and hopped on mine. I reckon they were probably following me.

“They then cycled the short distance into Maplewood in Springfield and started going through the post.

“I met a woman who said she had spotted the lads with the bike in Maplewood, so I headed up and there they were in the middle of the estate in broad daylight ripping open letters . . it was so blatant.

“I started shouting at them and they legged it without the bike . . . but they got away with some of my own personal items.”

He added: “The gardai arrived on the scene pretty quickly but the lads were gone.

“Around four or five calls were made to the station by residents, lots of people spotted them and they made no attempt to cover their faces.

“There’s lots of CCTV in that area as well, so they were well got on camera and should be caught.”

According to the postman he was coming to the end of his route so the bag wasn’t full.

“We got the best part of everything back however, they did rip up a lot of the post,” he said.

Gardai at Tallaght confirmed the incident to The Echo and said that they are investigating the matter.

Anybody with information is encouraged to contact Tallaght Garda Station on 6666000.