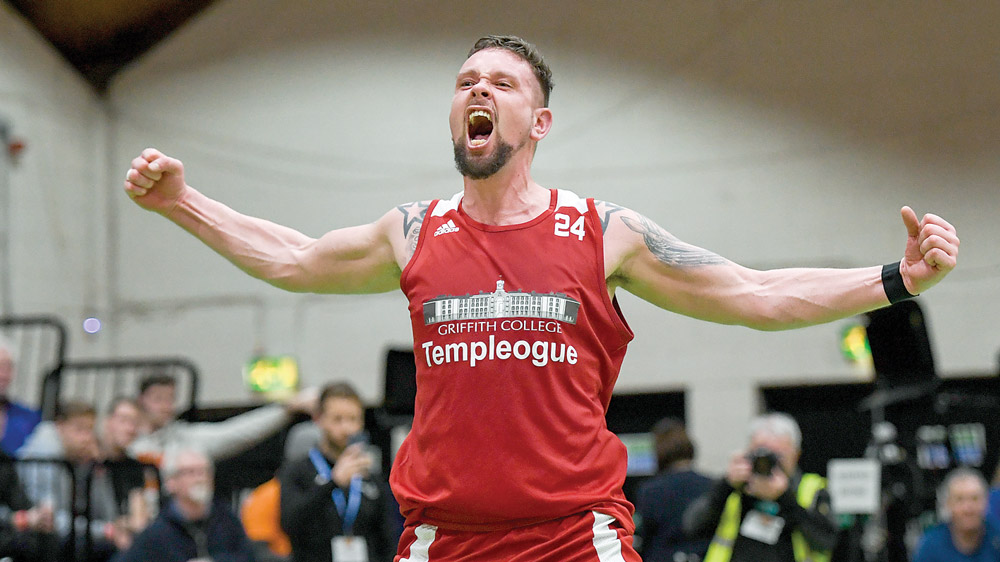 ‘Templeogue has been my second home’

JASON Killeen is set to bring the curtain down on a remarkable eight-year spell with Griffith College Templeogue after he was appointed the new Basketball Development Officer for the Mid-West region.

The Limerick man, has had a massive impact on the Reds since being brought in by Head Coach, Mark Keenan back in 2014, playing a key role in their march to three National Cups as well as the Super League crown and a Champions Trophy.

While excited about taking up is new post, Killeen was quick to point to the huge impact his time with Templeogue has had on his career.

“This has been my second home” he told The Echo. “The 2014/15 season was my first one with the club. I was a bit of journeyman before that. I was in America for nine years and then I was in France for two and then I played in England and all over.

“So finding a spot in Templeogue where you felt comfortable settling down for a while was really nice. They welcomed me with open arms.

“I left home when I was 16 and it’s the longest I’ve stayed anywhere since.

“And, having been a journeyman and then having that stability for so many years, it allowed me to concentrate on my career and look at the international front.

“You weren’t always thinking ‘where am I going to be next month or a couple of months from now?’

“Having that reliable structure in the background allowed me personally to start looking at my own life and start building stuff up”.

Speaking about the huge success he enjoyed in the Red jersey over the past eight years, Killeen continued “Everyone knows Templeogue Basketball Club and their underage system which is so good.

“The club and the players were primed to make a run, so it was just adding that bit of experience to the mix that pushed everything forward a little bit.

“The groundwork had been done and it continues to be done. The underage system in Templeogue is fantastic. Just the amount of work the coaches, the parents and the committee put into the underage is huge.

“But that success we enjoyed in the Super League was a great example to have for the kids coming through. To be able to set that example and to give them something to aim for was nice.”

Templeogue and Ireland Head Coach, Keenan paid tribute to a player with whom he has shared a wealth of league and cup success both at Templeogue and UL Eagles beforehand.

“There’s no doubting the hugely positive impact he’s had on the club throughout those eight years, particularly in terms of the success of the Super League team” said Keenan

“From the time I decided I was taking on the Templeogue job, Jason was the first thought that came into my mind. He was what we needed and so that’s who I went after.

“We had five years in a row bringing a trophy into the club and his impact has been huge. Just his influence on the younger guys in the squad.

“He’s going to be a big loss, but it’s been an unbelievable eight years and for me, it goes back to when I was with him at UL Eagles before that.

“He’s had a fantastic career so far and it’ll be sad to see him go, but I wish him all the best. I think it’s a great move for him. He’s a huge recognisable figure and he’s been great for the development of Irish basketball in general” he added.