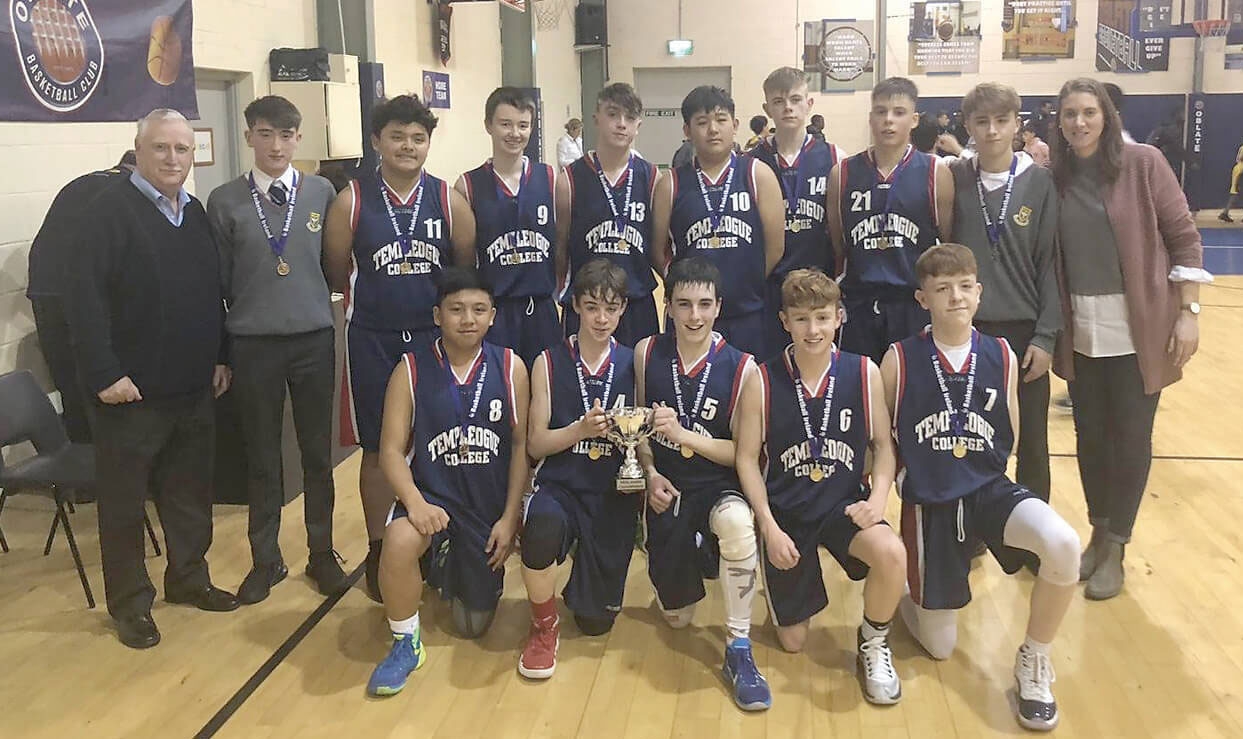 Templeogue win Under 16A East title

TEMPLEOGUE College recorded a 51-32 point victory over Coolmine CS to capture the East Region Under 16 Basketball title held in the Oblate Hall.

Contrary to what the convincing final scoreline might suggest, Templeogue were made work hard for this prize.

They started strongly, but Coolmine through their point guard Leinster Gomez, began to take command with his versatile play causing plenty of problems for Templeogue, and by the end of the first quarter, the northsiders had opened up a 6-12 lead.

Templeogue stepped up their defensive game in the second period and, offensively, began to work the ball through the centre.

Karol Ogonowski was proving a handful for the Coolmine defence with his shooting and drives to the basket as his side overtook their opponents into an eight-point lead.

Yet the combined forces of Ogonowski (18 points), Daniel Cassidy (15 points) and Stephen Finn who hit some timely three pointers went a long way to keeping Templeogue out in front until the game’s final buzzer.

It completed a great campaign that saw Templeogue make it  through their group before beating Colaiste Phadraig, Lucan  in the quarter finals and Colaiste Pobail Setanta in the last four to reach the decider.