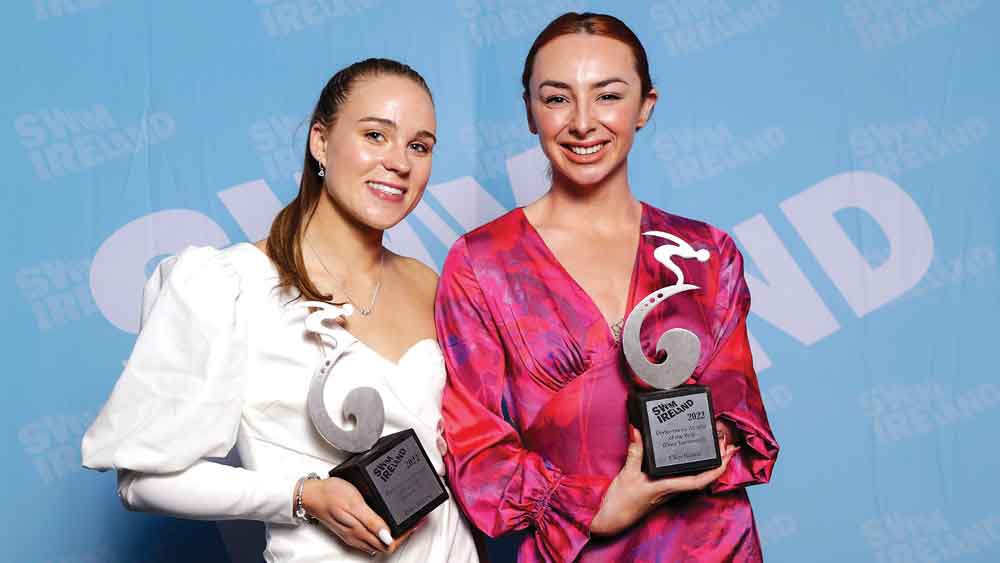 SWIM Ireland athletes Clare Cryan, Ellen Keane and Ellen Walshe have been named as Athletes of the Year at the 2022 Swim Ireland Awards, which took place last Saturday at the Crowne Plaza, Blanchardstown.

Ellen Walshe won the Swimmer of the Year Award, for her history making silver medal at the 2021 World Short Course Championships, where she claimed silver in the 400m Individual Medley; a first ever silver for Ireland and Ireland’s first female to win a world medal.

Cryan won the Diver of the Year Award for her performances at the European Championships in Rome in July, where she placed fifth in the 3M Springboard Final.

And, having missed out due to Covid, past President Kevin Dowling presented his award to lifelong volunteer Patricia Cleary.

Speaking at the event Swim Ireland CEO Sarah Keane said ‘We are delighted to come together, after a three[1]year hiatus due to covid, to celebrate the success of our athletes, our volunteers, our coaches, our educators and to recognise and honour the significant contribution they make day in day out.

It was fantastic to see so many of our community present to celebrate an outstanding year for Irish Aquatics.’