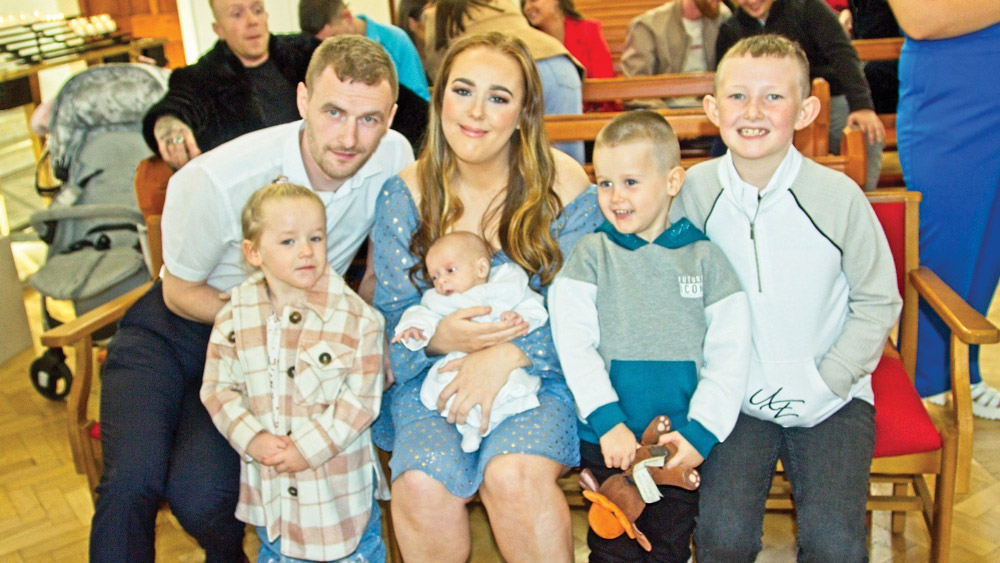 Carla and Stephen Dillon with Maya, Carter, Tadgh and Gerard

Fundraiser for Féileacáin in memory of beautiful baby Ayra

A CRAFT fair that will raise essential funds for a charity which provides supports to anyone affected by the death of a baby, and a sistershed, will take place in memory of the late Arya Gibney Dillon.

Taking place this Saturday in Jobstown Community Centre, from 12pm to 5pm, attendees of the craft fair can browse dozens of different handcrafted items with all proceeds being donated to Féileacáin and Sistershed Jobstown.

While admission is free, attendees will have an opportunity to purchase resin art, woodworking, personalised gifts, knitted works, cupcakes, and jewellery among loads of other things.

The idea of hosting the craft fair originated from Eileen Byrne, who has found solace through Sistershed Jobstown with her family also getting great support from Féileacáin following the death of her granddaughter Arya.

“In the summer I decided to run a craft fair for Féileacáin and Sistershed Jobstown,” Eileen, who lives in Tallaght, told The Echo.

“I am a member of our Sistershed Jobstown, Tallaght since it opened up.

“I love the way its women building women up. Its helped me so much over the last year.”

She added: “When Arya died, Féileacáin were so supportive to Stephen and Carla.

“I was looking for something to do in Arya’s memory and decided to do a craft fair to raise funds for two charities, Féileacáin and Sistershed Jobstown and also bring a lot of exceptional crafters together to show what’s available locally.”

Carla and Stephen Dillon welcomed their third child, and fourth in the family, into the world in October of last year.

After getting that “sudden feeling of overwhelming joy of being pregnant”, the couple, who live in Inchicore, were met with a series of complications. 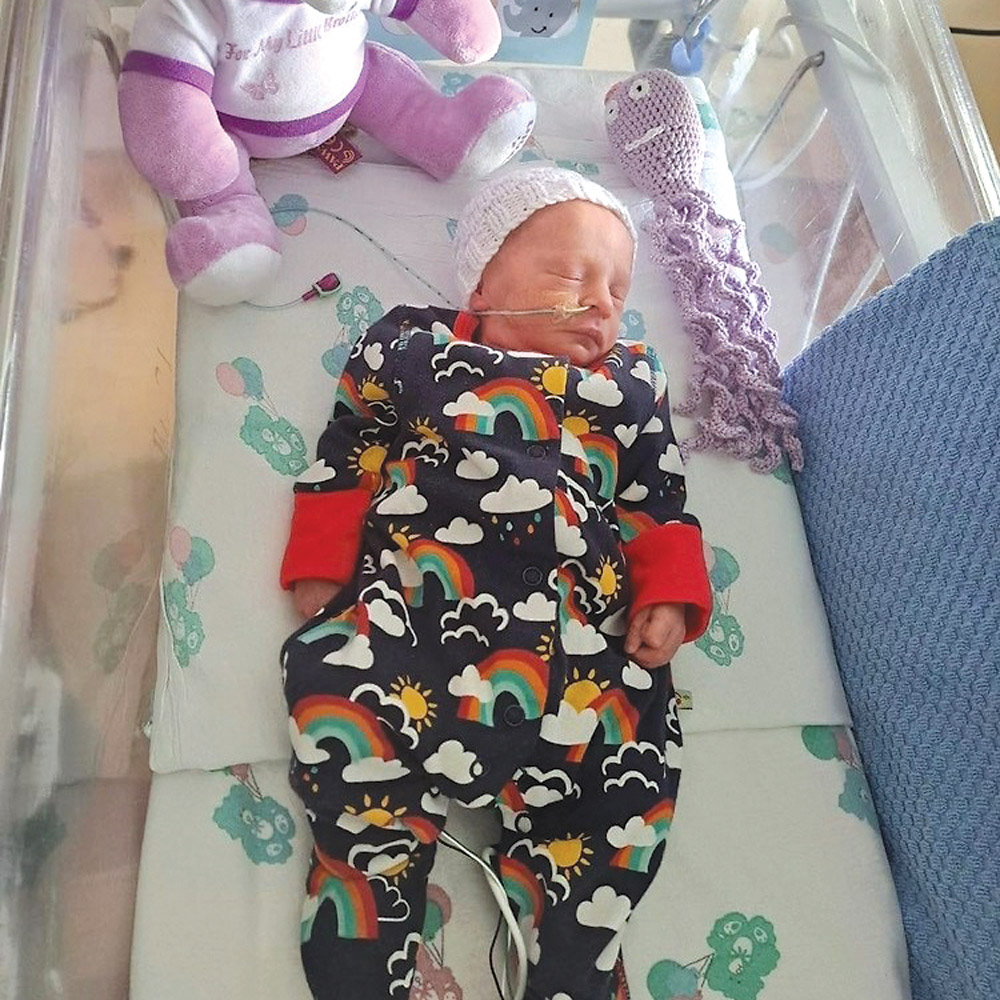 Baby Carter with his sister Arya’s octopus teddy, which was knitted by grandmother Eileen, and wearing a féileacáin babygrow

“Before Arya, I had never heard of encephalocele, which is essentially when there is brain tissue leaking, it looks like a light bulb inside her head, and that would be more common,” Carla (24) tells The Echo.

“I thought they might be able to correct that with a neurosurgeon.”

However, the young family discovered through an MRI that Arya had multiple issues and they underwent a “necessary medical inducement” at 23 weeks and four days “so she would feel less pain now then at full term”.

Arya was born on October 2 and lived for an hour and 25 minutes.

“When I was in the hospital, I first came across Féileacáin because I was given a memory box with the little purple heart, they’re donated to the hospital,” Carla details.

“You have a little container in it for a lock of hair, a measuring tape, and a little hand and foot printing kit.

“Something that I found very difficult was that there was also a small little lip balm for keeping your baby’s lips moist.

“It actually really helped to be able to record as many little memories with Arya as we could – it was beautiful.”

Carla and her partner Stephen, who is from Tallaght, are spreading awareness for the supports which are out there for other grieving parents.

“It was an incredibly difficult time in our lives. I was lucky that I had children before and I had the support of our family,” Carla says.

“I think when people lose a child, it is more brushed under the carpet because it’s such a sensitive issue.

“I found that I liked to talk about what happened, it really helped me.

“I want other families to know that there are supports around.”

The young couple accessed the supports available to them by Féileacáin, the stillbirth and neonatal death association of Ireland.

Stephen’s mother Eileen found talking to her peers in the Sistershed Jobstown, and her knitting group, over the last 12 months majorly helped her through the loss of her granddaughter, Arya.

“As part of our group we knitted or crochet for the Rotunda hospital premature unit, it was through the Rotunda that I heard about Féileacáin and the work they do,” Eileen explains.

“Sistershed was my way of talking with other women about how I felt without burdening my family as we were all grieving in our own way.

“I also found strength from other groups especially my knitting ladies.”

Arya is survived by her parents Carla and Stephen, and siblings Gerard, Tadgh, Maya, and her little brother Carter, who was welcomed into the world just 10-weeks-ago.

Eileen knitted a little octopus teddy for Arya, which was subsequently placed into her memory box.

When Carter was born premature at 32-weeks, his big sister’s spirit was present with him through that octopus teddy that belonged to her.

The craft fair in memory of Arya Gibney Dillon, and in aid of Féileacáin and Sistershed Jobstown, will take place on Saturday, October 15, at Jobstown Community Centre from 12pm to 5pm.