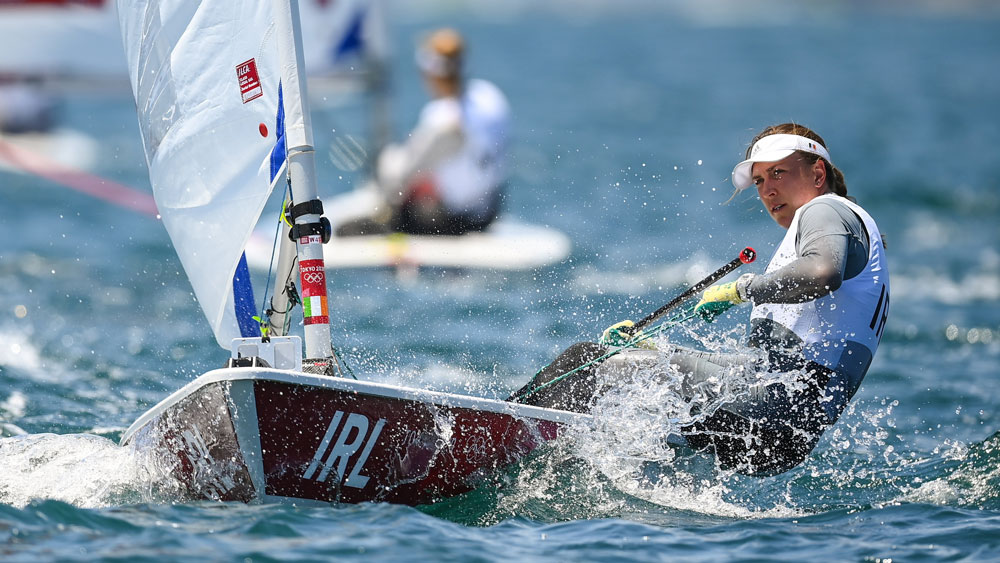 Testing day in Tokyo for Murphy

It was a difficult day on the water for Annalise Murphy at the Tokyo Olympics as the Rathfarnham sailor slipped down to 32nd in the Laser Radial rankings following another brace of races in the Japanese capital.

Having finished a respectable 12th in her second race at Enoshima on Sunday (a vast improvement on the 35th place finish that preceded it), Murphy was hoping to move up the leaderboard when she returned for a second day of action at the Summer Games.

A silver medalist at the Rio Olympics five years ago, she was 22nd at the end of the opening two legs in race three – which began earlier today at 6.45am Irish time.

She later moved up to 16th, but ultimately dropped back for a 24th-place finish to race three. Following a relatively short impasse, Murphy was back in harness for race four at 8am Irish time.

Murphy was making steady progress across the first two legs of her latest event – clocking in at 32nd and 27th respectively. Unfortunately, she later fell back 14 places and never truly recovered thereafter.

She moved up to 37th at the end of leg five and it was there that she would eventually finish. Of course, Murphy isn’t even halfway through the Laser Radial division thus far and is more than capable of moving up several places in the rankings.

As the saying goes, tomorrow is a new day and Murphy will have two more races to negotiate on Tuesday.

She will then have some much deserved time off on Wednesday, by which point the UCD graduate will have a clearer picture of where she may stand in the overall scheme of things.