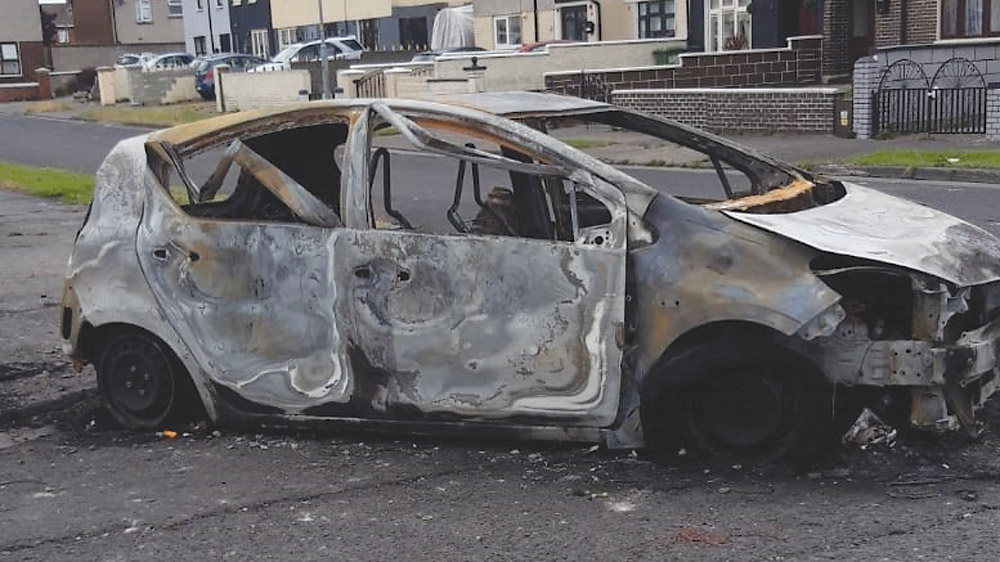 The community ‘feel annoyed and helpless’

CHERRY Orchard is a big national news story this week following footage of a garda car being rammed on Monday, but the community have endured months of public joyriding skirmishes and are appealing for a more sustained garda presence in the area to quell the violence.

Gardai responded to reports of dangerous driving at Cherry Orchard Avenue on Monday, and upon arrival, two stolen vehicle failed to stop, one vehicle ramming the patrol car, with crowds of youths cheering them on, in footage that was widely shared on social media.

Community leaders have been appealing for years for more gardai in the area, with the local childcare service unable to let their kids play outside due to the “daily problems”.

Cherry Orchard Community Childcare, which is located beside the field where mayhem regularly happens, including on Monday, do a “risk assessment every day” in their garden because they don’t know what they will find.

“We make calls, probably once a week about different things, quads out on the roads, burnt out cars, paraphernalia found in our garden.”

Ms Galvin does not blame the issue on a lack of resources. 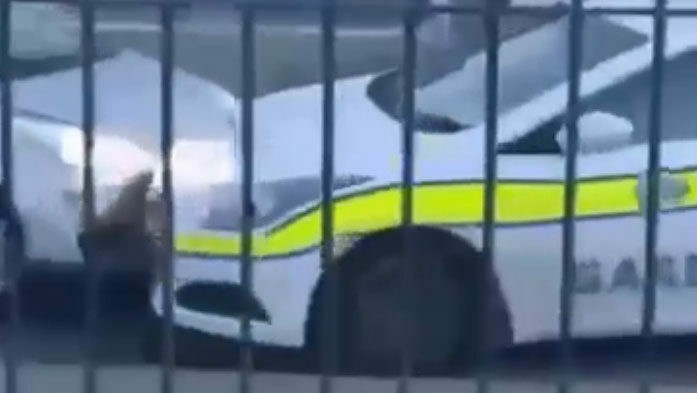 “You see the resources that go into the area. The work that goes in, ourselves, St Ultan’s across the way, they have amazing facilities, same as the equine centre up the way. There is the running club, sports clubs, new playgrounds that came up.

“There is brilliant resources in the area, for every age group, but unfortunately it doesn’t seem to be getting any better. The last few months it has been getting worse – a burnt out car in the field once a week for the last two to three months,” said Ms Galvin.

At the policing meeting in July, gardai said there is two patrol cars for Ballyfermot and Cherry Orchard.

However, residents who call gardai for assistance are told there is only one car.

Cllr Daithí Doolan, chairperson of the Joint Policing Committee in Dublin South Central, told RTE’s Prime Time that it is “unacceptable” the area has to share a patrol car, which is now decommissioned, with Clondalkin.

“Ballyfermot Garda Station was stood down from being a fulltime garda station. We need at least 30 gardai, five sergeants and three cars to provide a garda presence that is visible,” said Cllr Doolan (SF).

“I knew by the tooting on the horn they were up to something. At the roundabout beside the church, the next one is beside St Ultan’s school, that’s where all the dangerous driving took place,” Fr Michael Murtagh told RTE’s Prime Time.

“Then the cars went into the park and spent a long time in the park. I’d say the whole thing happened for about an hour and a half.” 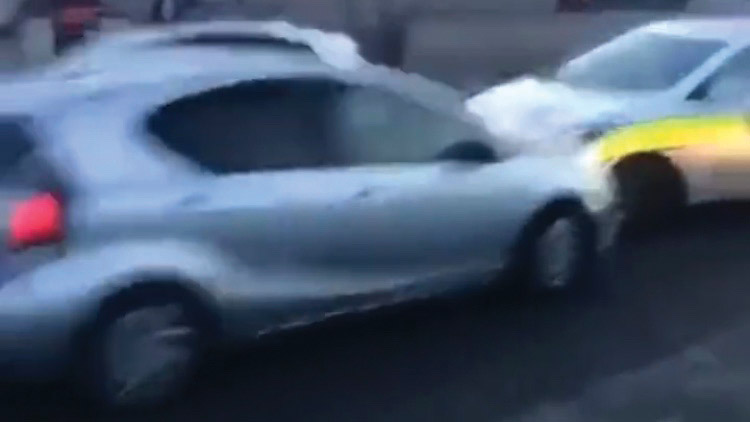 The joyriders ramming the Garda car

Cllr Daithi Doolan believes the violence must serve as a “wake up call to the Government and senior gardai”.

“I was dealing with this in January when there was six nights in a row with this behaviour and no garda intervention. The guards only intervened when I myself was attacked, when I was up there standing with residents. It peaked and troughed right through to July, and since then, it is virtually a nightly occurrence, and young boys/girls, 13/14, out in cars, driving like this, terrorising the area,” he said.

Cllr Doolan has called for a long term strategy to link in with young people.

Gardai say they have established the identities of those involved in Monday’s incidents and arrests are expected soon.

The Garda Commissioner Drew Harris said there was a full investigation under way and the public order unit was now on standby.

Speaking at the National Ploughing Championships, Mr Harris said the two gardai who were in the patrol car that was rammed were uninjured, and 11 garda cars were on hand shortly afterwards.

He said they have brought forward the operation and response to the rise of anti-social behaviour around the Halloween period. 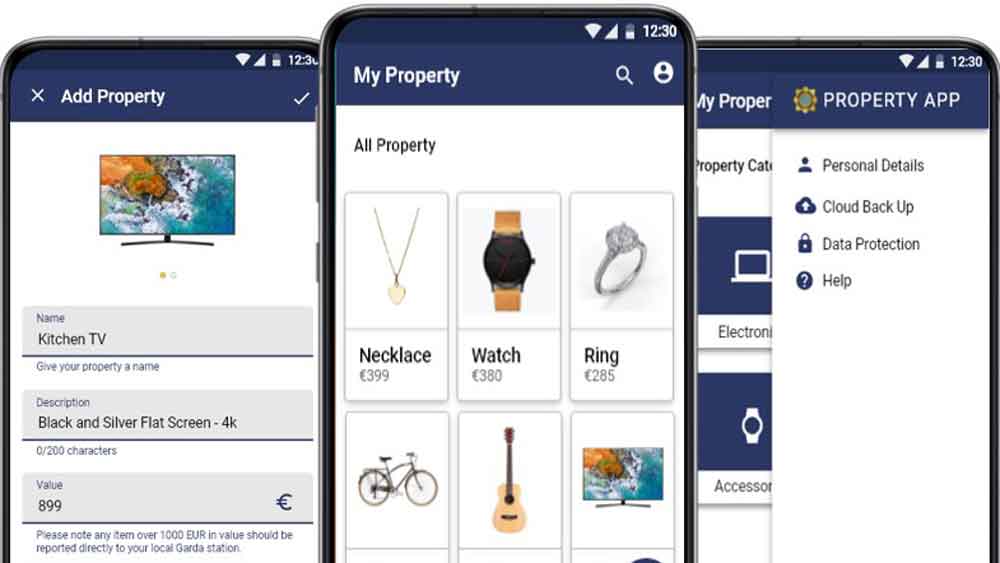 A NEW property recording app has been launched by An Garda Síochána. The newly developed free mobile app allows members of the...

NEWER POSTOver €7,000 raised in 130km cycle for New Hope Residential Centre
OLDER POSTSculpture should be tribute to Garda who died in arson attack