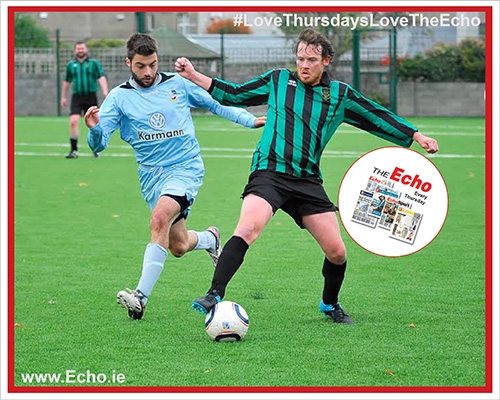 In this week’s Echo Sport we hear from our latest European Champion, Saggart’s Danielle Murphy, who claimed the Queen of Europe Drift Championship for a second time in three years last weekend in Slovakia.

We also have all the latest on Ballyboden St Enda’s and St Jude’s who will both field teams in this weekend’s county finals, with ‘Boden taking on St Vincent’s in the Dublin SFC Final and Jude’s facing Cuala in the Dublin SHC final.

We also have extensive coverage of the recent Cumann Na mBunscol, with several local schools picking up titles, as well as many others doing their schools proud.

In soccer, there are reports and pictures from the DDSL U17 Super clash between Ballyfermot United and Peamount United, and the LSL Premier One tie between Terenure Rangers and Tymon Bawn, which took place on the new all-weather surface in Whelan Park.

Added to all that, there is news of Lucan’s Louise Jones who was part of the Irish team that travelled to Scotland to compete in the Canicross European Championships, and we hear from Rathfarnham’s Sean Hehir who scooped the National Marathon title on Bank Holiday Monday.

South Dublin Taekwondo’s Jack Woollley continues to decorate himself in medals, with the talented fighter taking home the silver from the European Junior Championships.

As always, we have loads more news bits, and if we have missed anything then get in touch and we will do our best to get it in for next week.