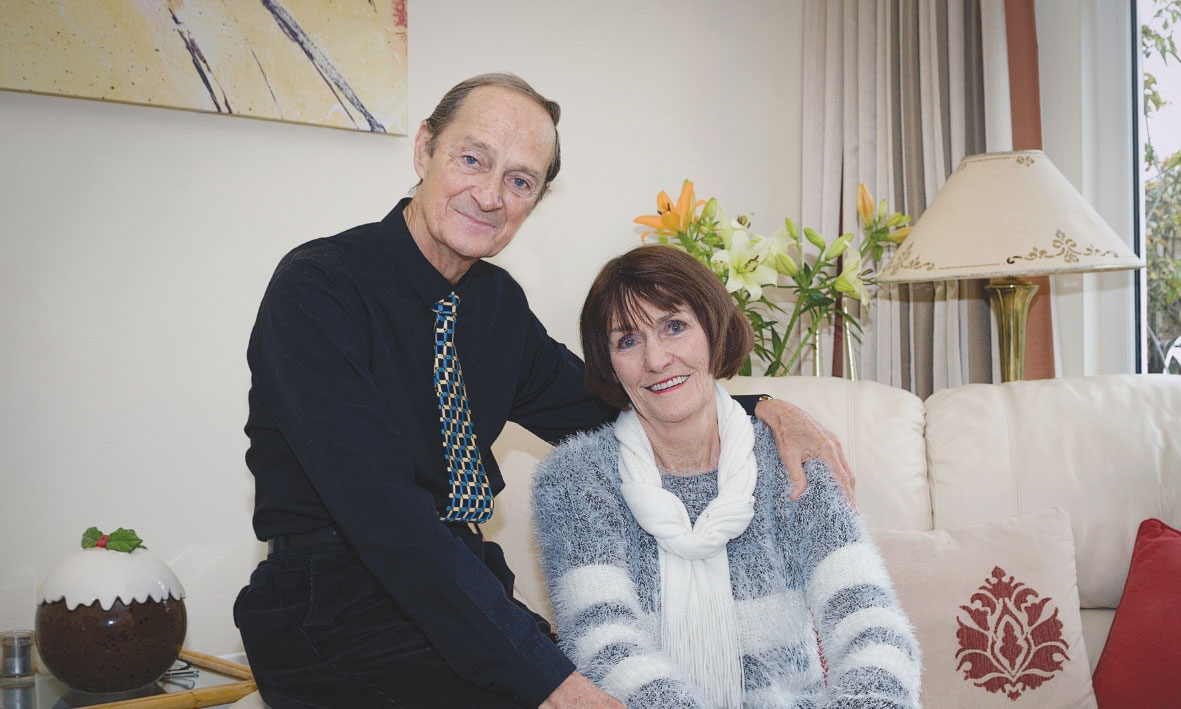 ‘The fear of the unknown is worse than anything’

Recovering from a serious illness is challenging, but Tallaght Cancer Support Group (TCSG) is striking the right chord courtesy of a choir ensemble made up of survivors and family members.

The group meet up once a week in Rua Red for practice, and put on a number of public performances throughout the year, including upcoming gigs at The Square and Dundrum Town Centre in December.

“It’s a fantastic choir, and acts as a kind of therapy,” said Thomas O’Flaherty (80), a choir member from Clondalkin.

Mr O’Flaherty successfully battled prostate cancer earlier this year, and after hearing about TCSG, he got in touch with the group.

“It’s the best support you can get. It helps take my mind of things post-treatment,” said Thomas, who enjoys a friendly musical rivalry with his wife Barbara, a member of a choir with Clondalkin Active Retirement Group.

TCSG was founded in 2007. All services at the small registered charity are free – in order to encourage healing through friendship for people and families touched by cancer.

“Not everyone in the choir has had cancer,” said Breda McCabe (69), a Walkinstown grandmother who battled breast cancer in 2013.

Breda’s husband Christy joined the TCSG choir with his wife, and the pair both get great enjoyment from the friendship with their fellow singers.

“I think he has a better voice than I,” quipped Breda.

“TCSG are so supportive. You can even just go in for a cup of tea and a chat anytime, and there is also counselling and therapies. The choir is wonderful.”

Breda went for a breast check in 2013 and her discovery gave her a “terrible shock.”

“Immediately they started working, I got phone calls on the way home from St Vincent’s about blood tests and checking for anything else. The fear of the unknown is worse than anything.”

Breda underwent an “up-and-down journey” during six months of chemo, radiation, and a lumpectomy, before “coming out the other end.”

Naturally a positive person, she wanted to shield her kids from the risks associated with treatment, and in TCSG, she found an outlet both comforting and reassuring.

“It hit me when it (the treatment) was over, but having people there who have gone through the same thing in TCSG is a big help,” said Breda.

“It’s always there in the background. Still when I go back for tests, I get nervous. I kind of was very lucky.

One message I want to get out there is to urge women to get the breast-check once a year.”

During Thomas’s treatment, he received injections to reduce hormones, which has an adverse effect on memory.

“The cancer gets its source of life from hormones,” said Thomas.

“A specialist told me the injections affect the brain and memory, but that I will get my full memory back eventually. The treatment has been unbelievable.

“The choir are looking forward to our shows in The Square and Dundrum. I was in the wars, but over that now, and I wouldn’t give up the choir for neither love nor money.”