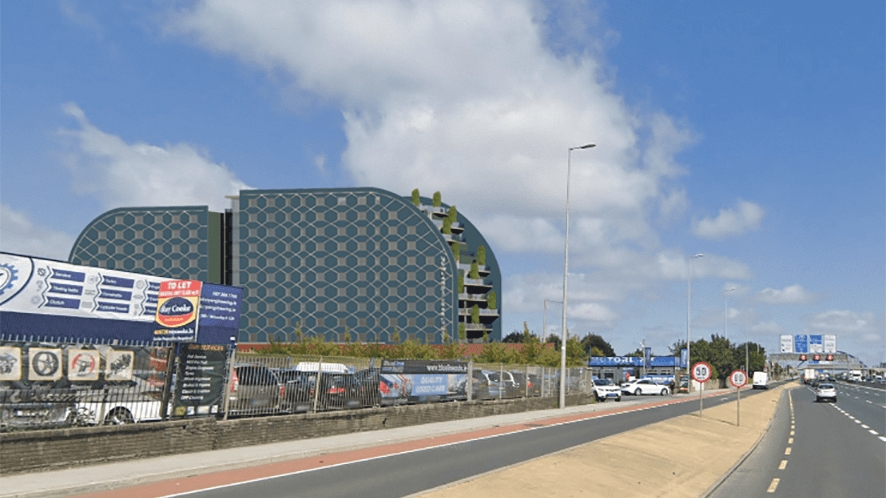 ‘The site is an ideal location for a hotel’

A HOTELIER and developer who recently lodged plans for a 242-room hotel on the Naas Road said planning permission for the development isn’t being sought “on a whim – we’ve done our research”.

As reported in The Echo last week, businessman Louis Fitzgerald – whose eponymous hotel is within striking distance of the proposed hotel development – was left “astonished” by Colm Neville’s plans for a hotel in the locality.

An artist impression of the hotel

Mr Fitzgerald cited a lack of housing in the area and also the large number of hotels in the vicinity as being his key points of concern about the plans, adding that “if this development comes to pass, it will bring about a terrible strain on other hotels in the area”.

Colm Neville, an experienced developer and hotelier who has worked in hospitality for the past 23 years and is at the helm of the Riverside Hotel in Wexford and the Midlands Park Hotel in Portlaoise, said the plans were submitted after market research was carried out in the locality.

“If we get planning permission for the hotel, it’ll be up to four years before we’re up and running,” Mr Neville told The Echo.

“Pre-Covid, it was well documented that there was a very strong demand for hotel rooms in the west Dublin area, and I would suggest that Covid will well and truly be in our rear-view mirror [by the time the hotel is built, subject to securing planning permission].

“Our hotel, if granted permission, will be a very small increase in the number of hotel rooms in the area.

The Moran Red Cow Hotel recently increased their number of bedrooms, and they have direct and longstanding experience in the area.

“The site is an ideal location for a hotel, and we don’t accept that it’s going to be a market disruptor in any way.”

The proposed hotel will consist of 242 bedrooms and 15 meeting rooms – two of which will have the ability to be combined into one large ballroom with capacity for 400 people – and it is targeted at corporate customers.

A portion of the rooms in the proposed development are being ringfenced for long-term stays, for example, for engineers or professional workers from abroad who will only be in the area for a matter of months for work.

The planning notice on Knockmeenagh Lane

“My own experience in hospitality goes back 23 years. We build hotels to keep hotels – we don’t sell the hotels or sites with planning permission for hotels,” added Mr Neville.

“This isn’t something that’s being done on a whim, we’ve done our research.

“We’re very excited about getting it open, if we get planning permission, and the building programme would create around 300 jobs, while the hotel has the potential to bring up to 160 jobs to the area.”

Reflecting on the surrounding hotel businesses on the Naas Road, Mr Neville said: “This is a family business – we’re no different to Louis Fitzgerald or the Moran family.”

A decision on Mr Neville’s application for planning permission for the hotel development is due from South Dublin County Council by December 14.

NEWER POST‘All that mattered to her was family, she loved family’
OLDER POSTDon a Santa Hat and help raise €30,000 for centre of excellence