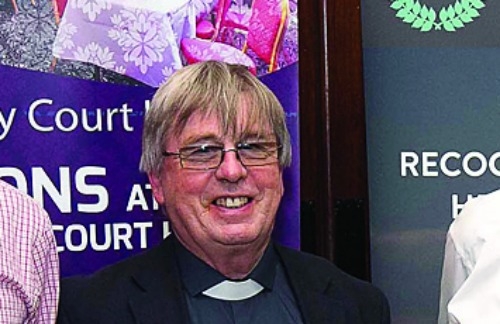 The West awaits Father Donal as Dominican Prior

Fr Sweeney spent the last three months as the parish priest of St Mary’s in Tallaght, and served six years previously as Prior in Tallaght.

A native of Ennistymon, Co Clare, Fr Sweeney was well known for his contributions to music in the church and care in the community.

He has been living in Tallaght for many years and is most famous for forming the Tallaght Choral Society in 1967, when Tallaght was still a small village at the foot of the Dublin mountains. A group of singers came together under the direction of Fr Sweeney to form a church choir based in the Dominican Priory.

He served as the society’s first musical director from 1967 to 1969. The TCS has participated in many RTÉ productions and its successful collaborations have included works with the National Symphony Orchestra, the National Youth Orchestra, the R.I.A.M. Orchestra, Belfast Philharmonic Choir and Liverpool Welsh Choral Union.

The TCC said: “TCC would like to congratulate Fr Donal Sweeney OP on his recent appointment as prior of the Dominican Community at St Mary’s, Claddagh, Galway. Donal has spent years in Tallaght at the Priory and St Dominic’s. He is famous for establishing Ireland’s best choral society, Tallaght Choral Society in 1967.

“Donal has been a great supporter of Tallafest in recent years and has served the community with distinction.”