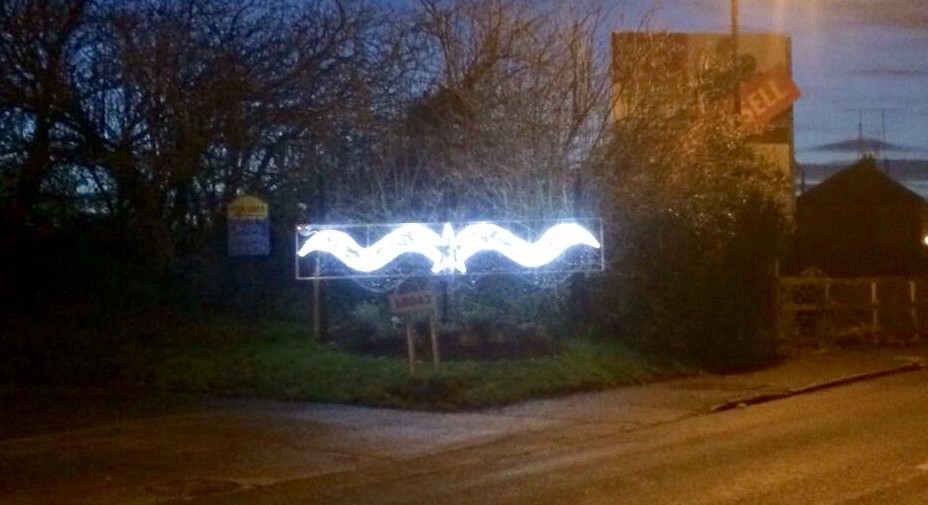 Theft of Christmas lights in Newcastle will not dim community spirit

Residents in Newcastle Village woke up last Friday to find their five-metre light-up Christmas banner, which had been fundraised for by the community, stolen.

The banner, erected by the Christmas Lights Group was stolen from a busy main street on December 15 and community leaders say the theft is a blow to community spirit.

A representative of the ReNewcastle Community Group said: “This was a theft from everyone in Newcastle.

“Fundraising in the village pay for the lights and they give joy to everyone, both young and old. It is very sad to think that someone would ruin a simple pleasure particularly at Christmas time.”

According to the representative from the ReNewcastle Community Group, the five-metre banner was securely hung in a prominent place in the village.

The representative said: “It was attached to three vertical posts with several screws and strong cable ties.

“It was in a very prominent place at the junction of Orchard grove and Newcastle Main Street which we believed to be a safe location due to the constant motor and pedestrian traffic.”

The annual Christmas lights installation began in 2014, with a switch-on event organised by the ReNewcastle Community Group.

Independent councillor Francis Timmons commented on the theft, saying: “It’s awful to see  the hard work of the ReNewcastle Community group hit like this.

“A lot of work was put into putting up the lights and building on them every year, and for someone to rob a large light banner is a new low for this community.”

Cllr Timmons appealed for anyone that has information to come forward.

He said: “I would ask them to contact Garda Frank Howe, the community guard. I would ask people to keep an eye on anyone selling a large light-up banner.”