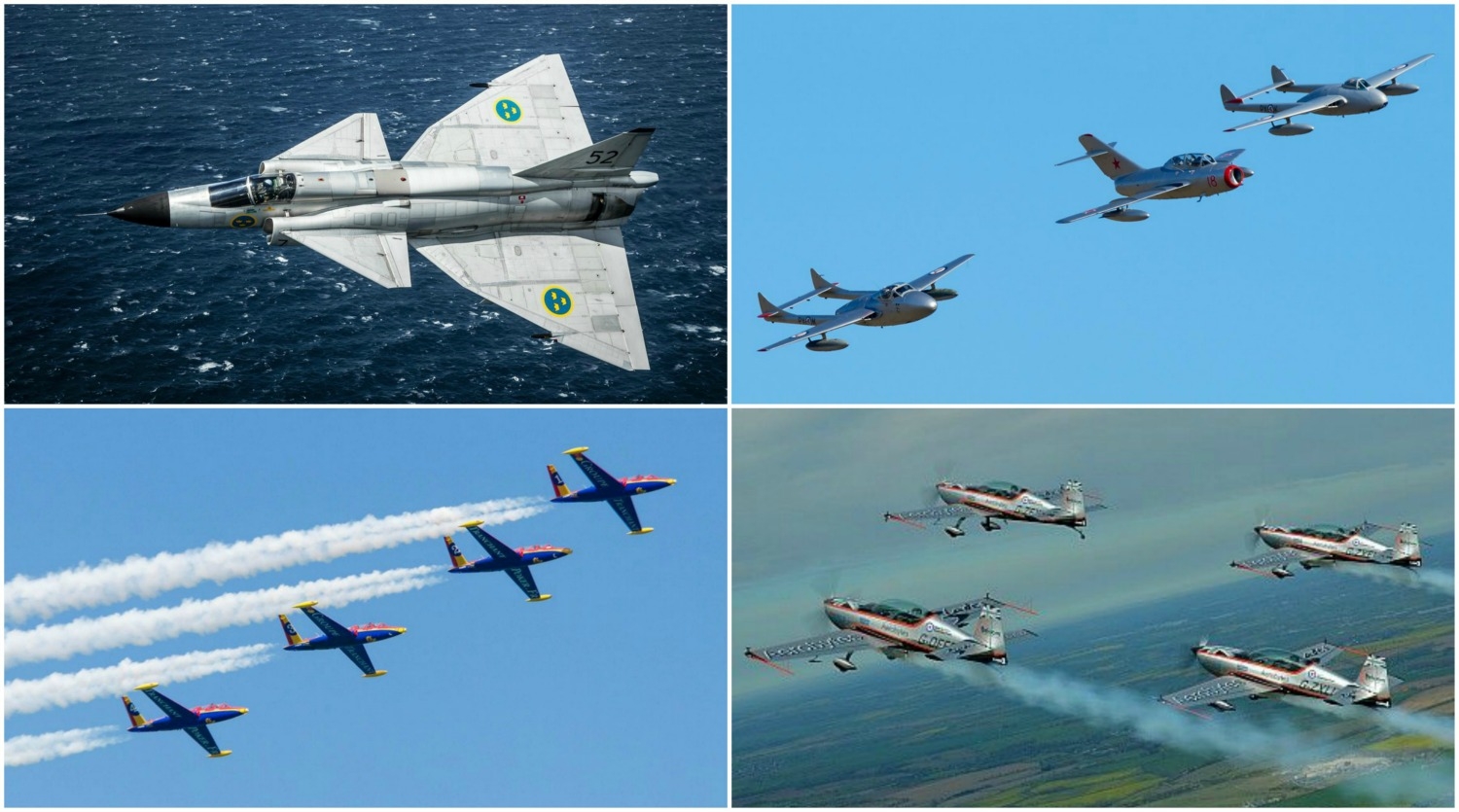 With the Bray Air Display taking place this weekend, those living anywhere near Baldonnel’s Casement Aerodrome can expect plenty of traffic overhead from today until Sunday evening.

With a whole range of planes and different teams taking part in the event over the two days, we wanted to find out which planes we can expect to see arriving and leaving from Baldonnel.

First up, and probably one of the most anticipated planes, is the Swedish Saab 105 Viggen jet.

The combat jet will be participating in the air display over the two days.

Meanwhile, a team of Fouga Magisters flown by a Celtic jet team from Brittany will be another highlight of the weekend.

Also flying out of Baldonnel will be the Norwegian Vampire and MiG. Anyone interested in aviation will know the Vampire was a record breaker in its day, setting many aviation firsts.

If that was not enough, the Irish Air Corps is also displaying at the air show, and will be based in Baldonnel.

The PC-9 display team, callsign “SILVER” and Casa CN235 Maritime Patrol aircraft will both thrill the crowds, while the EC135 helicopter will drop the Black Knights parachute team from 5,000 ft to land on the Bray prom.

Other notable attendees at this year’s event include the Royal Jordanian Falcons, the Catalina, the British Spitfire, the Ravens, and more.

Thanks to the Defence Forces for supplying information regarding the planes and teams based in Baldonnel.