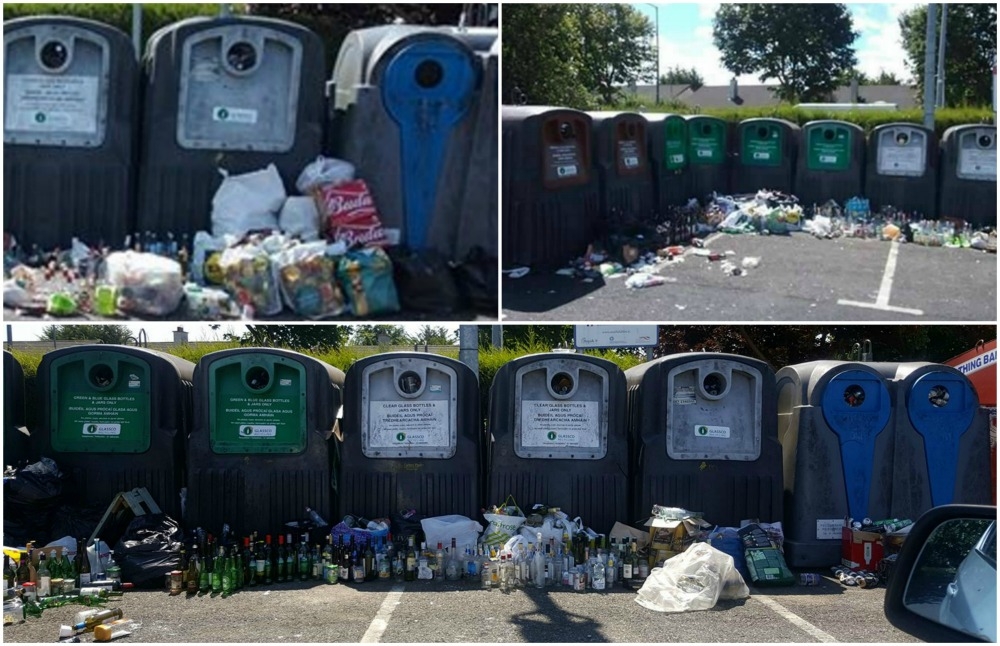 Pictures of an overflowing bottle bank in Lucan has again highlighted the issue of illegal dumping.

Locals are posting photos of the bottle bank at the Ballyowen Eurospar online which is regularly full and surrounded by empty bottles and other rubbish.

However, despite the council saying that these are regularly emptied, the problem is ongoing, with dozens of bottles, plastic bags and cardboard boxes scattered around the site.

In a statement to Echo.ie, South Dublin City Council said the rubbish left there wasn’t limited to bottles: “There is evidence that visitors to the facility are leaving bottles on the ground when the banks are full, and there is also a problem developing at the textile receptacles which are attracting dumping of household goods, furniture, and other non-recyclable clothing items.

The council said it empties the bank once daily on Mondays, Wednesdays, Friday and sometimes Saturdays. A council spokesperson acknowledged that bins needed to be emptied more frequently” “As the level of usage at this facility

The council said they would request that the contractor to provide for more regular emptying of the bottle banks and are considering removing the textile receptacles.

Earlier this month it was reported that the council spent more than €420,000 on the removal of illegal waste in the first six months of this year, with 1,604 complaints being made to the local authority during this time.

Sinn Fein Councillor Danny O’Brien posted his own query to the council this week, following more photos of the bank being posted online.

He asked for the area to be cleaned and for bins to be emptied more frequently.