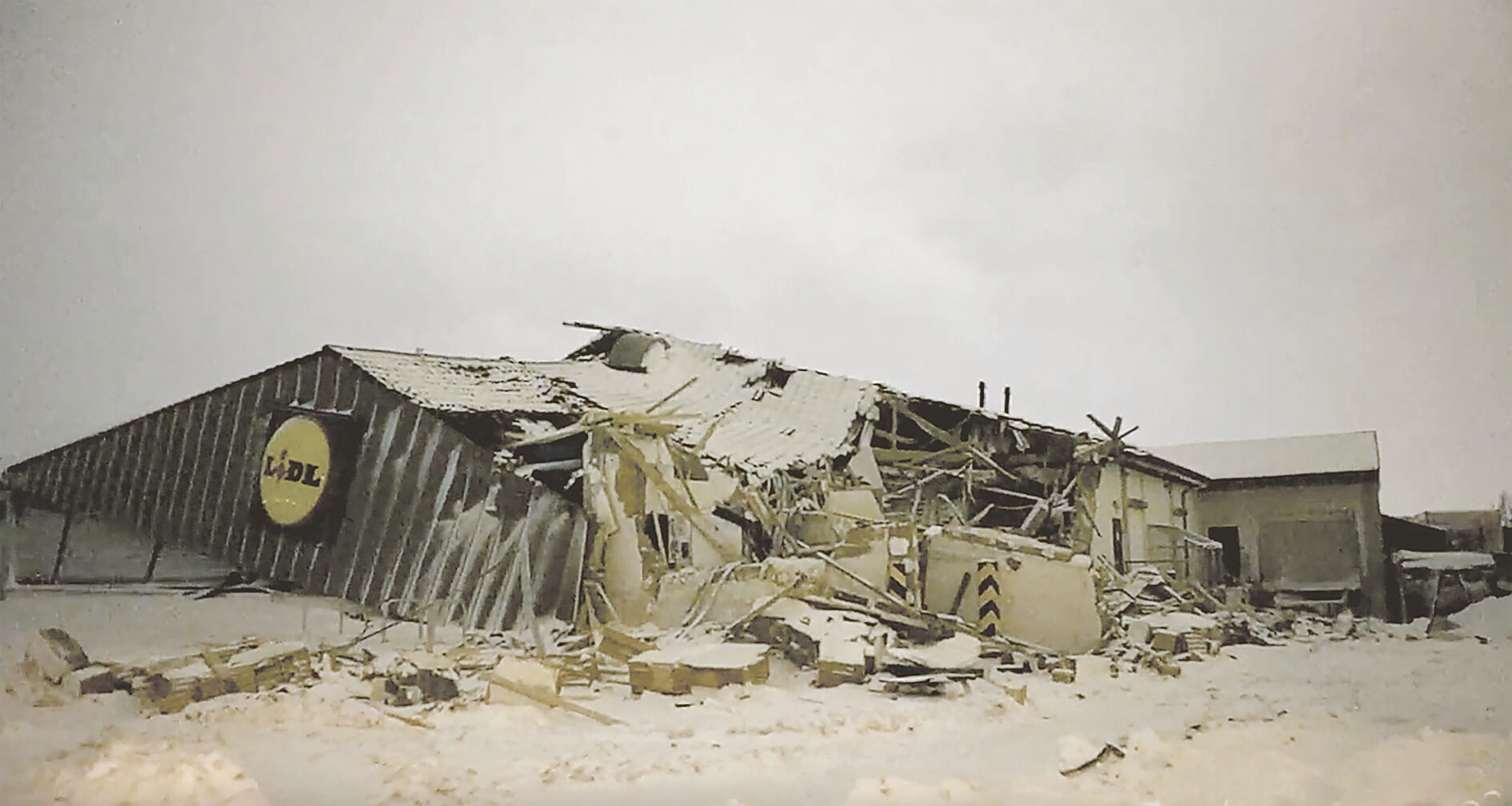 Thief who stole property from Lidl during snow gets community service

Gerard Buggle was before Judge Patricia McNamara to see if he was suitable for community service.

The court had heard that on March 2, 2018, gardai attended a call at Lidl, Fortunestown Lane, Tallaght, at approximately 9pm.

Extensive damage had been done to the building. The court had heard that the right hand side of the front of Lidl had collapsed and the entrance to the front of the store was open and damaged.

Gardai had arrived at the store in a number of four-wheel drive vehicles. A garda and another colleague stopped Buggle who was carrying a Lidl bag which contained four packs of Led lights, a red tea-light holder and a pair of insoles. Buggle was also carrying a box containing a candle-holder.

The court heard that Buggle had 54 previous convictions.

Buggle, aged 38, with an address at Mac Uilliam Lane, Tallaght, pleaded guilty to possessing stolen property: four packs of led lights, a red tea-light holder, a pair of insoles and a candle-holder at Fotunestown Lane, Tallaght, on March 2, 2018.

Judge McNamara read the probation report. She noted that Buggle had been deemed suitable for community service.

Buggle’s solicitor, Eddie O’Connor, told Judge McNamara that his client had pleaded guilty. He said Buggle had put his hands up and recognised that he had done wrong.

Judge McNamara told Buggle that she “considered his remorse to be genuine”.

She sentenced Buggle to 100 hours community service in lieu of five months imprisonment.

Judge McNamara warned Buggle that if he failed to complete his community service, he would be jailed for five months.