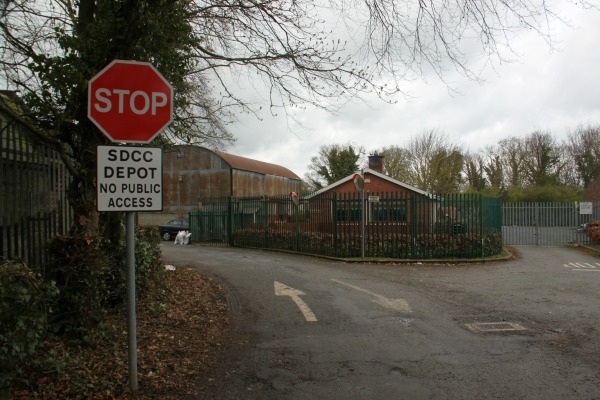 THIEVES have infested Corkagh Park in recent weeks, breaking into the council depot on a number of occasions, and attempting to burgle a residential house in the park.

The Echo understands that thieves ransacked the park’s depot on at least four occasions, stealing valuable equipment and damaging property.

A ranger’s jeep was also taken during one of the incidents. Thieves attempted to break out of the park through barriers, smashing the vehicle to bits during the hare-brained theft.

South Dublin County Council have recently installed metal doors in the courtyard to prevent thieves from gaining access to equipment.

A spokesman for the council was not available for comment, but a local source says the equipment was “cleaned out” and there is “nothing left.”

Meanwhile, resident Mick Corry, who lives in one of two residential houses in the park, not far from the parks depot, was woken up late at night when thieves attempted to break in on Wednesday, March 30.

Mr Corry (61), is receiving treatment for melanoma, told The Echo: “I’ve been living here for nine years, and this is the first time something like this happened. I think they were casing the place. I have CCTV and could see them walking up and down, looking in.

“They managed to get in through the shed at around midnight, but the alarm system triggered and they took off straight away.”

“They were here in a matter of minutes when the alarm went off,” said Mr Corry.

“Before this was a park, it was owned by a Kilkenny man, a farmer. There was an agreement with the local authority, when they take it over, that no houses be built. The family come up once a year to have a look around.

“It’s a grand park, and it’s getting more family-friendly all the time. Mind you, there is always a bit of activity, from early in the morning to late at night.”

A Garda spokesperson said: “There was a bit of damage done to the back door during the burglary shortly after midnight on March 31. The scene was preserved for technical examination. No arrests have been made yet. Anyone with information is asked to contact Clondalkin Garda Station at 666 6700.”