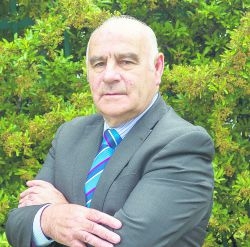 Thirty-one years searching for the records of his birth mother

A MAN who has spent the past 31 years searching for his identity has said that he can “put right the records of the past” after meeting a woman who knew his mother and receiving his birth records from the High Court – confirming his identity.

Tony Kelly (69), who lives in Tallaght, began his search to find his parents in 1967 at the age of 21 after spending his childhood in nine foster homes throughout Dublin and Mayo.

He discovered the identity of his mother, Bridget Kelly from Co Meath, several years ago and was led to believe she was 39 years old when she gave birth to him – however, Tony’s birth records confirm that his mother was 29 when she gave birth to him.
Recently, Tony met with a woman who was a neighbour of Tony’s mother Bridget.
Tony told The Echo: “This lady wrote to me and I visited [her] to confirm everything with her. She is 84 and everything she told me is true.
“My mother Bridget Mary Kelly used to do some house-work for my father Patrick Quinn who was 10 years older than her.
“His wife was in hospital pregnant on her seventh child – I have got all the certificates to confirm this.”
In 1989, Tony attended the funeral of his mother Bridget as a result of his search for her.
He said: “An incident occurred in the church on that morning where I was dragged up towards the coffin.
“That must have been a signal telling me that is your mother. I am delighted now that I know the truth, but look at what I had to suffer to get to the truth.”
As previously reported in The Echo, Tony has called for an investigation into mother and baby homes and orphanages across the country where many Irish children lived through a situation similar to his own.
He said: “Children were committed into these homes and orphanages like parking tickets. This state has a lot to answer for.
“Now that after 31 years I have established my true identity and that of my natural parents and family, I can go about putting right the records of the past that have caused me many untold problems.”