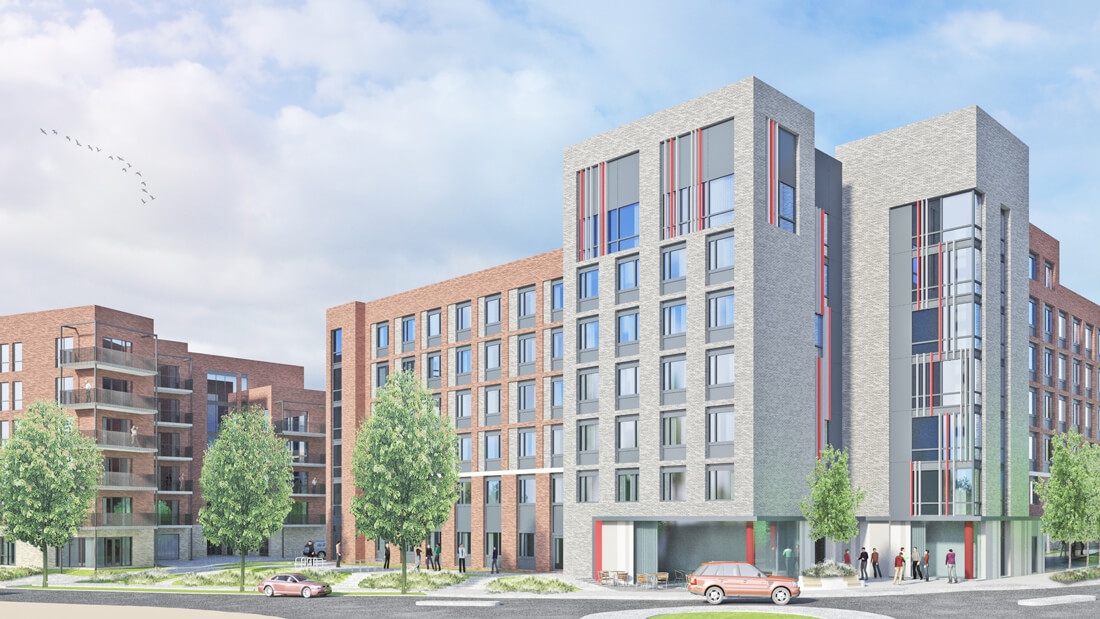 This decision ‘could change the direction’ of developments in area

THE decision to refuse planning permission for a 372-unit residential development in Cookstown Industrial Estate has been welcomed by the Belgard Residents’ Association, with the association’s chairman saying that the decision “could change the direction” of development in the area.

An Bord Pleanála (ABP) refused permission for the development last week, to consist of “150 build-to-rent units and 222 shared bedspaces” on First Avenue according to developer Bartra, who originally lodged the plans with ABP to avail of the fast-track planning system last March.

A number of submissions were made by members of the community who objected to the proposed development, including the Belgard Residents’ Association, Tallaght Community Council, Fine Gael TD for Dublin South West, Colm Brophy, and Fianna Fáil Councillor for Tallaght Central, Charlie O’Connor.

Ultimately, ABP decided to refuse permission for the development on a number of grounds, including the ruling that the shared bedspaces would “fail to provide an acceptable living environment”, and that, in the absence of a Local Area Plan, the development would “give rise to a piecemeal pocket of residential development” that would be isolated from amenities.

Talking about his response to the refusal of planning permission, Peter Forde, the chairman of the Belgard Residents’ Association, told The Echo: “It was refused last week, and one of the compelling reasons is that it doesn’t fit into any area plan, because there isn’t a development plan for the area of Cookstown Industrial Estate.

“We are very pleased that the development has been turned down, and maybe it will be a landmark decision that could change the direction that Tallaght Town Centre is heading in.”

Other separate residential developments have been proposed for the Cookstown Industrial Estate area in recent months, including Steelwork Property who lodged plans last month for the development of 336 build-to-rent apartment units on Fourth Avenue.

Last April, Power Scaffolding Supplies Ltd lodged a fast-track application with An Bord Pleanála for the development of 345 apartments at the former Cable and Wireless site on Airton Road, while Pyrmont lodged plans for a Second Avenue development, to consist of 196 residential units.

The Pyrmont plans will be the subject of an oral hearing next month, and ABP typically only hold an oral hearing if the proposed plans are particularly complex, or if there are significant national or local issues involved.

Pyrmont previously received planning permission for the construction of a 107-unit apartment development, to be located on Second Avenue, but it is not yet known when construction will begin on this development.