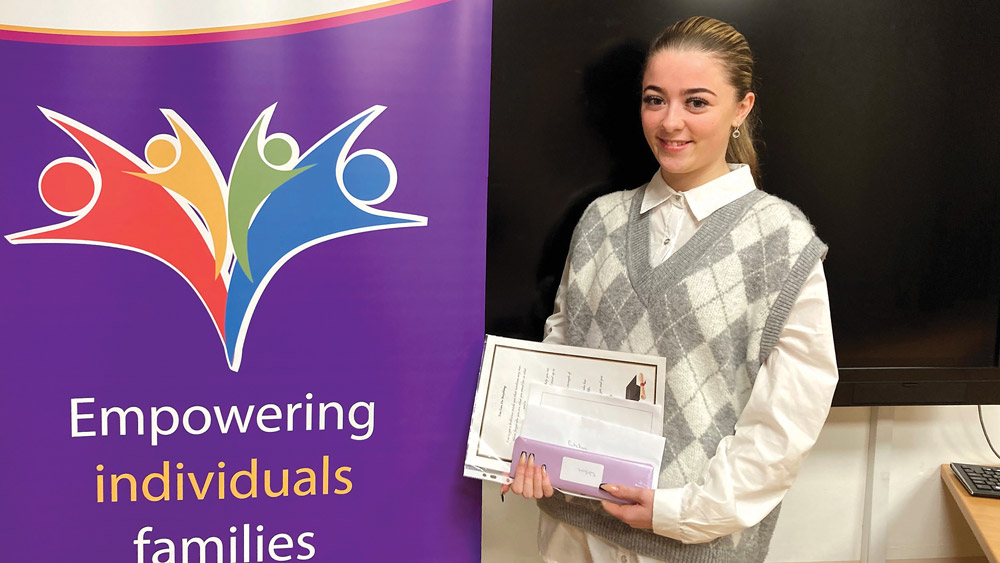 THREE Tallaght students have been awarded educational scholarships through a community-based initiative organised by An Cosán community education centre in Jobstown.

The diligent young students were recently presented with their scholarship awards in An Cosán, which they received after their respective schools nominated them.

Festos is now pursuing a degree in mechanical engineering in TUDublin Tallaght. Festos was nominated for the award by his former school in acknowledgement of how “hard-working and committed to his studies” he was during his second-level career. 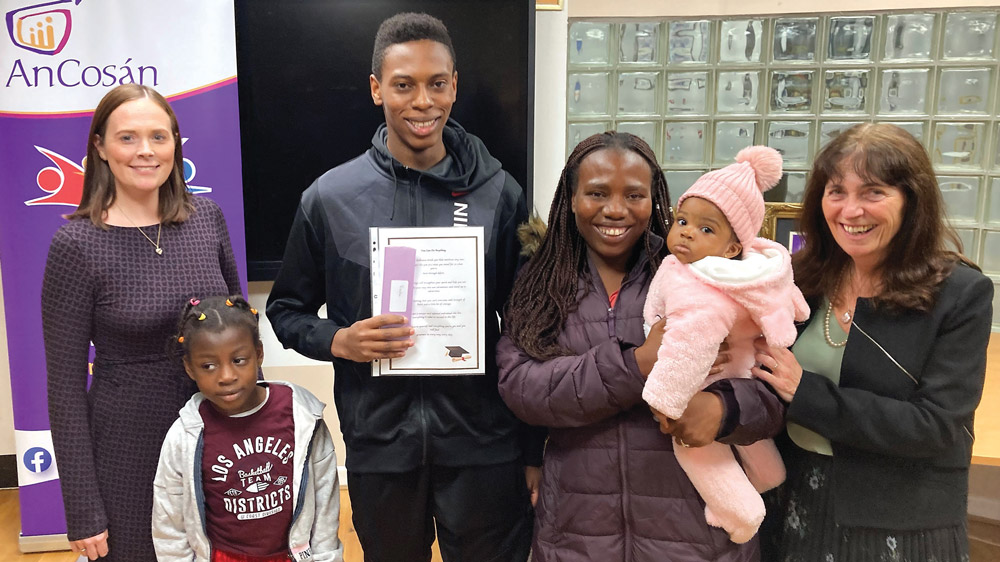 His former school also praised him for going out of his way to support his fellow students, including organising after-school study sessions.

Festos is the eldest of a family of seven and said the scholarship will take the financial burden off his family by enabling him to purchase a laptop and other equipment he will need for his course.

Chloe was nominated for the award by her former school in recognition of how “hard-working, self-motivated and diligent” she was in her approach to her studies.

She was also described as being an excellent role model for younger students, especially in the responsible and enthusiastic manner in which she carried out the role of first-year peer mentor.

Chloe is now studying business in the National College of Ireland. She said the scholarship will enable her to purchase a laptop and books that she will need for her course.

Matthew, who has just started studying computer science and software engineering at Maynooth University, was selected for the award by his former school, because he was “a huge asset” to the school during his time there.

He was described by staff in his former school as being a hard-working and unassuming young man.

Matthew has a long daily commute from Tallaght to Maynooth and the scholarship will take the financial burden off his family by helping him with transport costs and purchasing materials needed for his course.

The FitzGerald Family Scholarship Award was introduced by An Cosán in 2004, in memory of Joan FitzGerald, the wife of former Taoiseach Dr Garret FitzGerald.

Ciara FitzGerald – Joan FitzGerald’s granddaughter – presented the scholarships to the deserving students at the awards ceremony.

The award scheme strives to break down barriers, creating equal access opportunities to third-level education, according to An Cosán.

Speaking at the awards ceremony, An Cosán’s deputy chief executive officer, Anne Genockey, said: “The co-founders of An Cosán, Drs Ann Louise Gilligan and Katherine Zappone, had the privilege of knowing Joan in her later years and described her as an inspiration to their work in West Tallaght.

“They spoke of the many conversations they had with Joan about life, learning, family, women and theology, and how her comments and questions were always filled with insight and challenge.

“Joan’s love of learning and her passion for justice were the seedbeds of her extraordinary wisdom.

“Joan was committed to the advancement and empowerment of women and to an Irish society characterised by justice.

“In 2004, to honour Joan and to keep the memory of her spirit alive, An Cosán initiated the Joan FitzGerald Award.

“Over the past 18 years this award has been presented to local students, who were nominated by their schools, and going on to study at third-level institutes.

“The awards, which are now funded by Sherry FitzGerald, were at first presented by the late Dr Garret FitzGerald and, after he passed away in 2011, by one of his three children – John, Mary or Mark – and, more recently, by one of his grandchildren.”