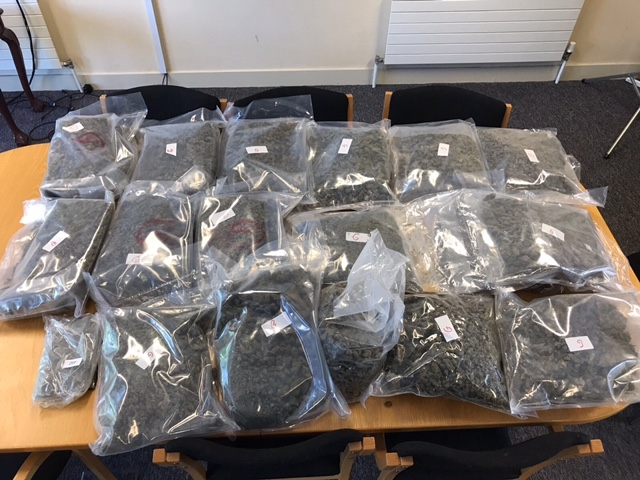 Three arrested in Clondalkin after drugs worth €470,000 seized in raid

Three people have been arrested after drugs worth €470,000 were seized in Clondalkin today.

The drugs seized included cannabis herb and resin, and cocaine, while a sum of cash was also found.

In a statement from Gardai, a spokesperson said: “As part of an ongoing operation into the sale and supply of illegal drugs Gardaí from Garda National Drugs and Organised Crime Unit seized drugs with an approximate street value of €470,000.

“The searches were conducted in the Clondalkin area earlier today and resulted in the arrest of three people.

“They are currently detained in Clondalkin and Tallaght Garda Stations under Section Two of the Criminal Justice (Drug Trafficking) Act, 1996.”

NEWER POSTMan and woman to appear in court in relation to €470,000 Clondalkin drugs bust
OLDER POSTMaureen celebrates 103rd birthday in style with a wee drop of sherry