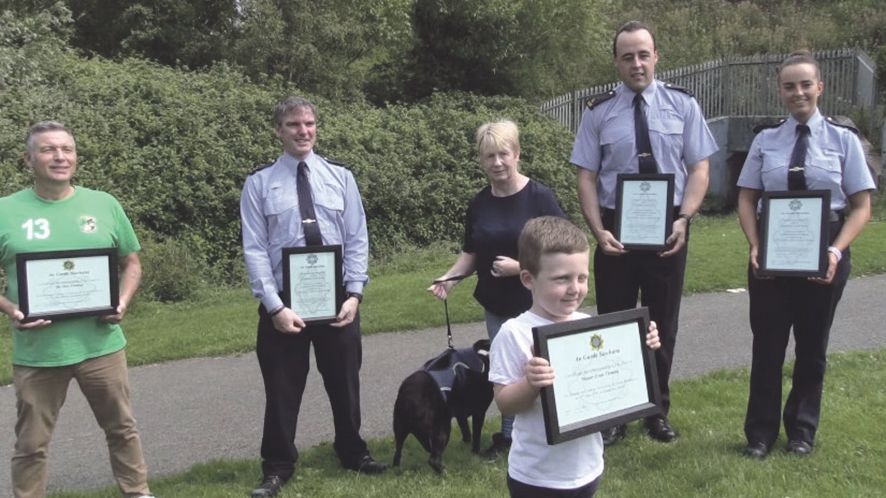 THREE Clondalkin gardai were awarded certificates of commendation for helping to rescue a local woman from the Camac river.

The incident occurred on Wednesday, June 24, at approximately 11am, when resident Ann Lamb was out walking her dog Millie in Knockmitten Park.

There had been heavy rain the night before which caused a flood.

Millie jumped into the water, dragged Ann in after her and down a tunnel.

Another resident Alan Fleming, was walking by with his grandson Evan Fleming at the time, and called Gardai.

Clondalkin gardai Brendan Crawford, Ciaran Murray and Ciara Galvin responded to the call, and a rope was used by the gardai Crawford and Murray, who waded into the water to rescue Ms Lamb and her dog from the Camac.

“To see someone fighting for their life was a bit of a shock, but thankfully we are here today with Ann and she is walking about with her dog,” said Garda Galvin.

“It is an experience I’ll never forget, but thanks to Alan, his grandson and the guards, I’m here today to tell the story,” said Ann. 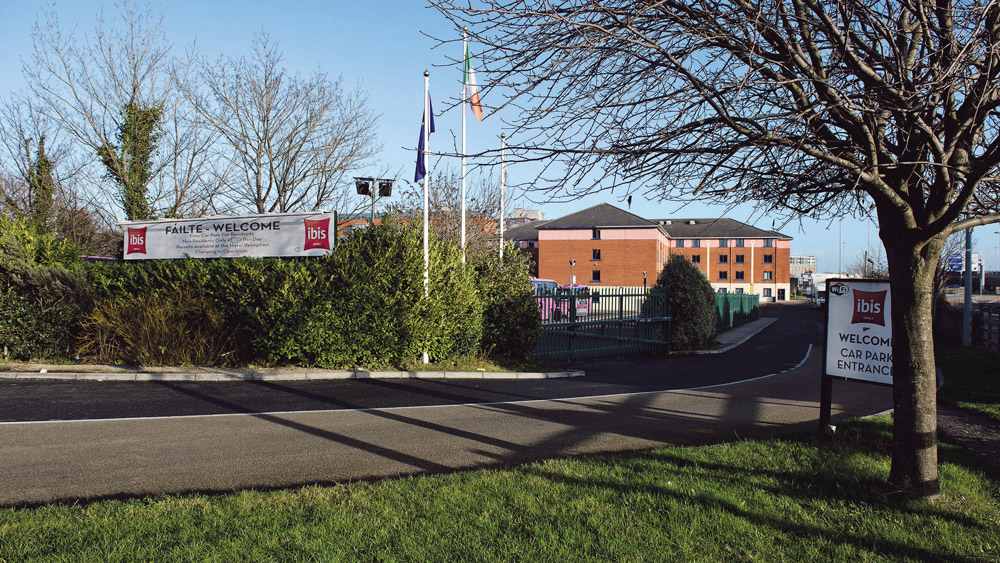