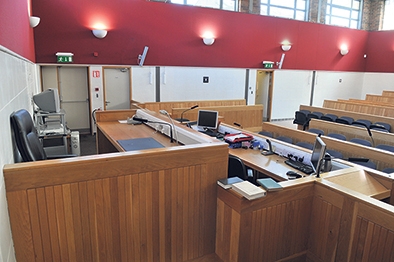 TWO brothers, aged 17 and 15 and another 17-year-old have been charged with raping a teenage girl in Tallaght in 2016.

All three appeared on bail before Judge Patricia McNamara in Tallaght Court.

Each defendant was dealt with separately by Judge McNamara as they are all juveniles.
The two brothers were accompanied by their parents and the other teenager was accompanied by his aunt and his grandmother.

The brothers, aged 17 and 15, who have addresses in Tallaght and Dublin respectively, and the other teenager, aged 17, who has an address in Tallaght are all charged with raping the female at a location in Tallaght on January 25, 2016.

The 15-year-old is also charged with sexually assaulting the same female also on January 25, 2016.

Presenting Sergeant Eithne Madden gave evidence of arrest, charge and caution by certificate in respect of each defendant. She told Judge McNamara that the DPP had directed trial on indictment and asked for a remand for eight weeks for service of the book of evidence. Sgt Madden asked for an additional bail condition directing that the defendants stay away and have no contact with the alleged injured party.

Making the bail condition, Judge McNamara asked each defendant if they understood it.

Judge McNamara remanded the three teenagers on bail to a date in December for service of the book of evidence.