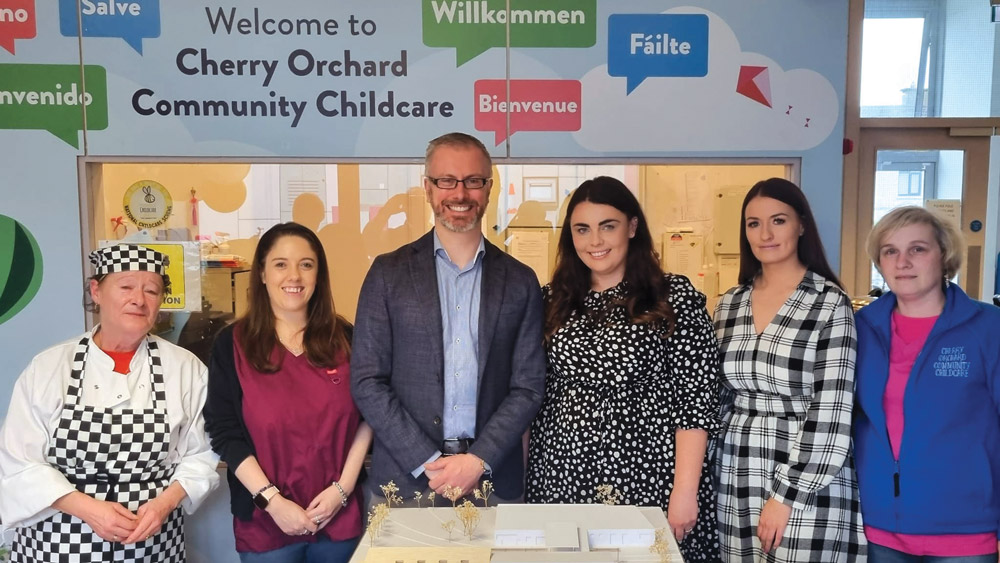 Three year waiting list for a place at childcare facility

PLANS for a €1.25 million extension at a childcare facility with a large waiting list, was launched this week.

Cherry Orchard Community Childcare, which caters for 118 children, from seven/eight months up to 10-years, have a waiting list of 150, such is the demand in the area.

Located beside a field frequently used by youths to rally and burn out cars, the centre published artist plans this week for a proposed 208sqm extension, which will consist of two large care rooms for the under two age group and a therapy room.

Although the works will cost €1.25 million, the centre say it is much needed for an area with a “serious shortage of childcare places for this age group.”

Rachel Galvin, centre manager, recently told The Echo half the children in Ballyfermot and Cherry Orchard are “three years waiting for a place.”

The centre opened in 2010 after the groundwork was put in by local people.

Ms Galvin believes the extension will provide an extra 24 spaces for kids, and make an indent on the waiting list.

“We appreciate all the support we have received so far and are excited for what is to come,” she said.

Containing eight classrooms, two outdoor areas and a sensory room, there are 35 staff, two CE staff and students from TUD, to help administer state of the art care for children, from early morning to after-school classes.

Some of the land beside the centre is zoned for the Local Area Plan, and they managed to secure a grant from Dublin City Council to support the planning process.