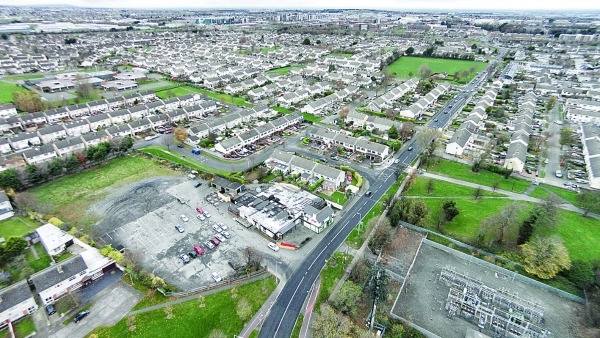 A FEW years ago, one evening when I was in my house I heard a strange noise downstairs. When I went to investigate I discovered a young guy getting over my back wall with my television set. I let out a yell at him, he dropped the TV and absconded. I gave chase, caught him, restrained him, called the Gardaí and he was taken away.

I met the arresting garda a few months later. He informed me that the guy had been under the influence of alcohol and didn’t remember breaking and entering my house to take the TV.

About a year later it went to court. The guy in question turned up to court with his ‘little brother’. Not a mother or father in sight. The guy was 18. He pleaded guilty and was fined, etc. The court was advised that the young lad’s girlfriend had a baby on the way.

Few months after the court date I again met the arresting garda. There had been a bench arrest warrant issued for the guy as he had not fulfilled the terms imposed.

My 18-year-old college ‘friends’ from Blackrock:

This is the reality which has been and is being repeated time and time again. Tallaght has been discriminated against with regard to planning for 40 years.

Tallaght began to be ‘manufactured’ in the 1970s. It didn’t happen by accident.

Do not build any more houses in Tallaght until such time as the facilities are developed to match our local population.

Minister Coveney, we are currently full. Build houses elsewhere. We need integrated facilities instead rather than more housing.

Plan to address our social issues rather than plan to build more houses.

If former ministers or SDCC managers who made decisions in the past directly affecting our area, had lived in Tallaght would they have made the decisions which they did

I don’t think so!

Some people may think I am tarring all of Tallaght with the same brush. I am not. The people of Tallaght are great people. We just have never been listened to. We are the victims of appalling social planning.

I am giving an example of a reality. Read the weekly court reports in The Echo. Another reality is that I am now 42 years old. I played U10 GAA 33 years ago for a Tallaght-based team. From that particular team, 33 per cent of the guys are now dead as a result of heroin or heroin-related deaths. Do you believe that statistic would exist in Blackrock? I don’t think so – the statistic would read more like 33 per cent of the team are now CEOs in their respective fields.

I met John Lonergan a good few years ago. He stated that he could draw lines out of Mountjoy Prison into specific suburbs in Dublin showing where the prisoners were drawn from. I would be very interested in comparing the line into Tallaght against the line into Blackrock. I am using Blackrock as an example. It can be repeated using different examples.
The simple facts are as follows:

Both the Minister (Coveney) and the SDCC must stop now, look at what they have done and fix it, prior to even thinking of building more housing in Tallaght.

Our five elected politicians, Minister Zappone, John Laharte, Colm Brophy, Sean Crowe and Paul Murphy are all so quiet on this topic.

The people of Tallaght are great. We are not being listened to.

(Name and address with editor)