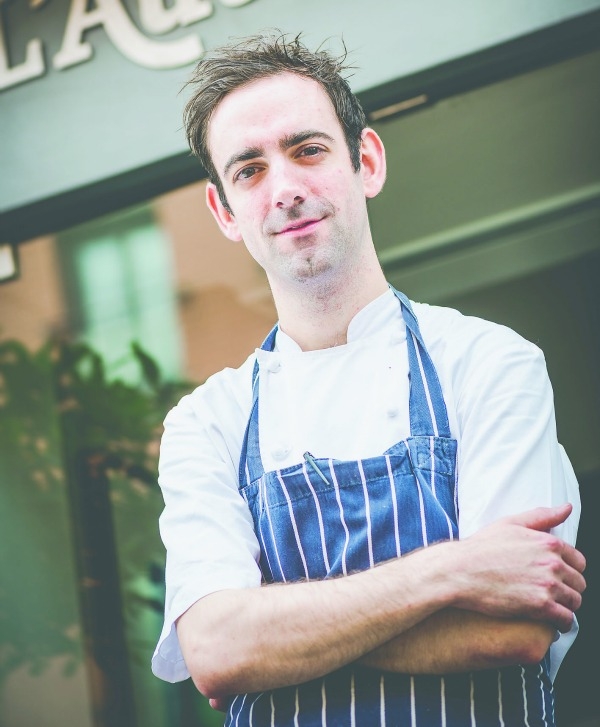 Top chef job for ITT man at Pied a Terre

AN IT Tallaght culinary graduate who grew up in Aylesbury has been appointed the executive head chef and company director of world-renowned, Michelin-starred London restaurant Pied a Terre.

Andy McFadden was, at the age of 25, hailed as London’s youngest Michelin-starred chef when he took over the reins of L’Autre Pied – the sister restaurant of Pied a Terre.

Now, the Tallaght chef, who is also a former student of Firhouse Community College, has landed the top job in one of the world’s top restaurants due to his “enormous talent, energy, talent and modesty.”

On hearing the news of Andy’s success in the kitchen, Angela Feeney, the Head of the Humanities Department at IT Tallaght, told The Echo: “This is well deserved and Andy, from his very early days in ITT, displayed special talent and worked really hard to achieve the best, always pushing himself and never standing still.

“He is an inspiration to us all, particularly our aspiring chefs, letting them know that they too can achieve success on the world stage.

“Winning Michelin stars and gaining such awards are not easy and we are delighted with his continuing success.”

In an interview with The Echo last year, Andy revealed that his first kitchen job was a porter at the age of 14 – and he hasn’t left the kitchen since.

David Moore, founding director of Pied a Terre, said: “Pied a Terre comes with 25 years heritage and some very big boots to fill and I think that Andy is going to fill those boots easily.

“He’s got an enormous talent, the energy he has tires me out just talking to him.

“He’s good with his team. I think that he is incredibly talented, and he’s very modest about it.”