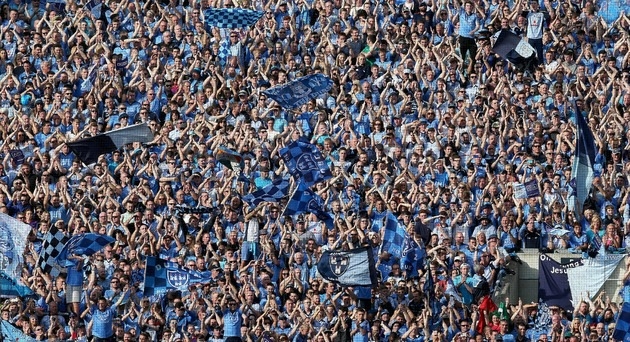 A TASKFORCE needs to be established to prevent touts getting their hands on tickets for major GAA matches, according to Sinn Féin Councillor Mark Ward.

Cllr Ward, a season ticket holder and avid Dubs fan on Hill 16, says the GAA need to implement a tracking system to verify where tickets are going once they are allocated to clubs across the country.

A substantial amount of tickets for the All-Ireland final on Sunday (September 18) have also been allocated to County Boards, to the corporate sector, sponsors, and affiliated GAA supporters.

However, Cllr Ward believes club tickets are ending up in the black market, preventing genuine fans from attending showpiece events at Croke Park.

Cllr Ward said: “For me there are three types of supporters – die-hards who follow Dublin the length and breadth of the country, in the freezing cold and rain in January at an O’Byrne Cup game. Then you have championship fans, rarely seen at O’Byrne or league games, but follow Dublin faithfully through the championship campaign.

“And finally, you have the spectators who just want to be there for the occasion of the All- Ireland final or semi-final. It is these spectators, I refuse to call them supporters, where the problem lies.”

He continued: “You will see tickets advertised online up to €800. I’m hoping that with the spot light on ticket touting in Rio, something is done to address this scandal.”

Ward believes a tracking system and dedicated taskforce, needs to be established to cater for grassroots supporters.

“The GAA give an allocation of All-Ireland final tickets to every club in the country in good faith, but somewhere in this process, tickets end up in the hands of touts,” said Cllr Ward.

He continued: “Genuine fans are being denied the opportunity to watch the All-Ireland final. My own two daughters who are both heavily involved playing (Round Towers), and who follow the Dubs with me all over the country, will more than likely miss the greatest game of the season.”

“I know when I look around on All-Ireland final day, that many spots will be filled by spectators, and genuine supporters will be at home watching the game on tv.”

NEWER POSTSeeing hundreds of people walking into the light was something special
OLDER POST#COYBIB: Local councillors give their predictions ahead of Sunday’s final