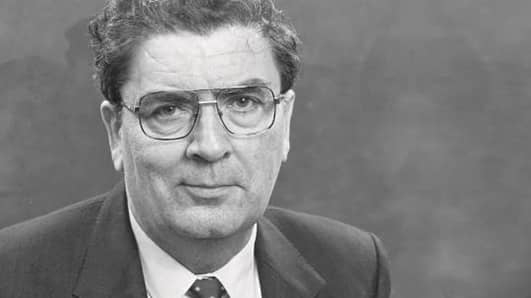 TRIBUTES were paid this week from far and wide for the ‘peacemaker’ John Hume (83), who passed away on Monday after a long battle with illness.

The funeral of the former SDLP leader and Nobel Laureate took place in his native Derry on Wednesday.

Mr Hume, a former school teacher and civil rights leader, was widely regarded as one of the most influential figures in the Northern Ireland peace process.

Crucially, he was respected by political enemies and allies alike, at home and abroad. Mr Hume was a vital cog in terms of bringing different factions together to try and secure peace on the island.

Sadly, it did place a heavy toll on his health, and Mr Hume’s wife Pat has spoken of the difficulty of his struggle with dementia, which first began to affect him in 1999.

Stopping the killing was Hume’s obsession throughout his political life.

Ultimately his political legacy is a success.

He won the Nobel Peace Prize (with David Trimble) in 1998, the Martin Luther King Peace Award (1999) and the International Gandhi Peace Prize in 2001.

He was voted Ireland’s greatest person in a 2010 RTÉ poll.

Thousands would have wished to pay their respects for Mr Hume at the St Eugene’s Cathedral, but Covid-19 restrictions limited numbers to approximately 120.

The Hume family requested well-wishers to adhere to the restrictions and light a candle at home on Tuesday night at 9pm.

One of Mr Hume’s two sons, Aidan, could not return from the United States for the funeral but a poem written by him was read during the Mass.

Dublin South West TD Seán Crowe met John Hume while he was secretary for Sinn Féin delegation during the Peace and Reconciliation programme in the early 2000s.

“He had his health issues at that time, but I got to know him. He was always someone who would like to talk and articulate his views and where we needed to go. People would get to meet him over lunch after talks in Dublin Castle,” said Deputy Crowe.

Eamonn Walsh, a world champion uilleann piper from Tallaght, never met Mr Hume in person, but was moved to receive a letter from the then European MP in 1999, due to his involvement with the Moy Valley Branch of Comhaltas Ceoltoiri Eireann.

In the letter, Mr Hume sends his congratulations to Mr Walsh on setting up “this cross-border cultural link with Omagh” in the aftermath of the bombing, which killed 29 people in 1998.

“I hope your work will flourish and that the sharing of music, dance and sport will help to dispel the hurt and distress, which have been felt for so long.”

The Lord Mayor of Dublin Hazel Chu opened an online book of condolence in memory of John Hume.

Mayor Chu, who grew up in Firhouse, said: “He wasn’t just the architect of the peace process, he was a civil rights campaigner, a Nobel Peace Prize winner, a husband, a father, but most of all an Irishman who wanted us not to be trapped in the past but to have a future of peace.

We would not have the Ireland we have today without him. Our thoughts are with his wife Pat, his children and grandchildren.”

The online book of condolence can be accessed via https://bit.ly/JohnHumeRIP until August 10.