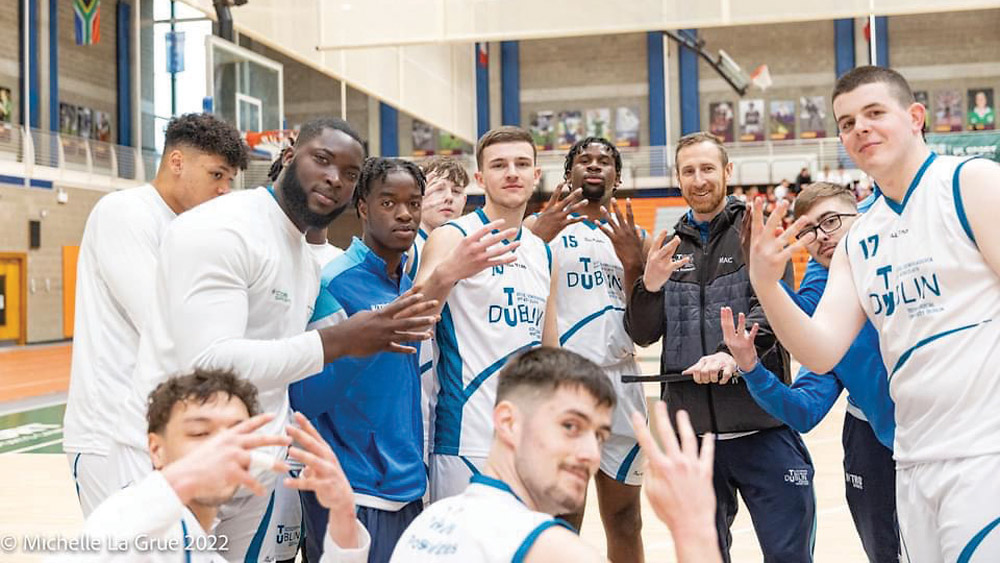 TU Dublin served up some hugely impressive performances throughout the 2022 Intervarsities Men’s A Basketball tournament and will be hoping to build on the experience gained.

The Ciaran McEvilly-coached outfit scrapped tooth and nail all the way through to the competition decider, where they were ultimately beaten 76-82 by Ulster University in UL Sports Arena.

“The lads were of course disappointed not to win it, but they will take plenty from the tournament,” McEvilly told The Echo.

“They were one of the youngest teams in the whole competition, it was the first varsities for every single player in the squad. Not one has ever played in it before.

“We were level with four minutes to go. It was a race to the final score and we just ran out of steam unfortunately.

“All of the players can hold their heads up high after their performances in the tournament.

“They were in there competing against two/ three/four professional and semi-professional players in some games and they held their own” he said.

When it came to the final, with the scores level at 72 points apiece, the game went into an Elam Ending.

Unlike the traditional basketball format, the Elam Ending sees the game clock stop with four minutes remaining as teams turn to race to a target score, which was 10 points in this case.

Still, despite the result not going their way, TUD had plenty of positives to take with Jack Maguire leading the scoring on 28 points.

The team was dealt a major blow early in the decider when their star inside player, Liam Osinuga, who has a 20-point average this season, had to withdraw after sustaining an eye-poke.

His replacement, Evan Blackmore, did step up to the challenge however and accounted for 11-points while Adam Mullaly sank 18.

Mullaly had a standout tournament, while Luke Gilleran and Troy Ajikmokun were solid as TU Dublin came through a group that contained Griffith College, UU, and University of Limerick before beating DBS in the last four.