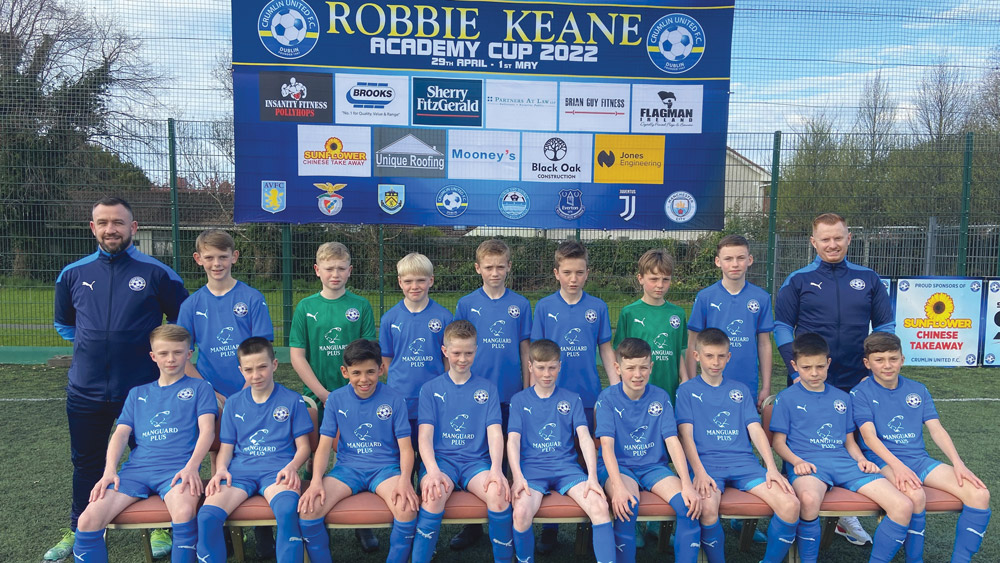 CRUMLIN United is gearing up for the return of its much-anticipated Robbie Keane Academy Cup.

Running from Friday 29th of April through until Sunday, May 1st, the tournament is back after a two-year hiatus that was the result of Covid restrictions.

And the event has again attracted a number of top clubs from around Europe including Manchester City, Aston Villa, Burnley, Benfica and title holders, Everton.

Italian giants, Juventus return for a second year, having competed in 2018, while also competing will be the DDSL and tournament hosts who will field their own Under 12 Inter side.

Catering for players born in 2010, the competition will be played on a 9v9 format with all group games running on Friday and Saturday and the finals being held on Sunday morning – all matches taking place in Pearse Park.

“We are looking forward to a great weekend of football with a chance to see some of the stars of the future” said Crumlin United’s Martin Loughran.

“The club would like to thank Sean Hall, of our main sponsor, Manguard Plus Security and numerous other sponsors who have made it possible to host the tournament this year.

“A big thank you to our tournament co-ordinator, Chris Kelly, who, with the help of a hard-working group, has managed to put this year’s tournament together.

“Best of luck to all the teams and our Under 12 Inter players and staff Mark Kavanagh, Shane Dennehy and Graham Cassin” he added.