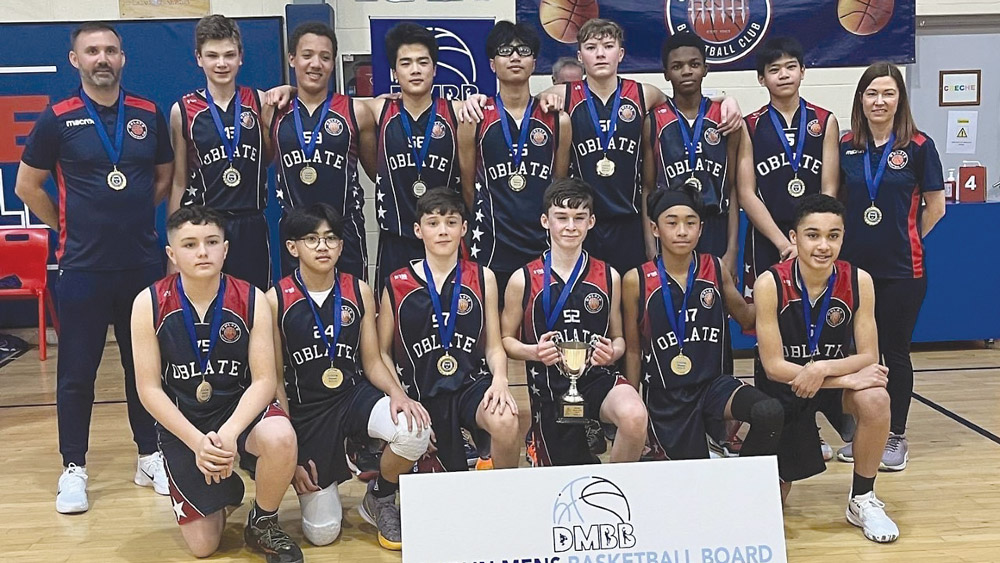 Terrific treble for Oblate Under 14 boys

OBLATE Basketball Club’s Under 14 Boys team can draw huge pride from a season in which they completed a fantastic treble.

The team, which is led by Head Coach, Michelle Farrell and assistant, John Walsh, landed both Dublin League and Cup titles along with the All-Ireland Club Championship crown.

They won 16 matches from as many outings en route to the divisional prize, staving off the fierce challenge of their closest rivals, Dublin Lions and Éanna along the way.

And, in AICC competition, the Drimnagh side prevailed after being taken to overtime by St Brendan’s of Tralee in the penultimate rounds before then seeing off Lions in the final.

“As a team, they work very well together and sticking with the plan to always keep developing both individual and team skills has paid off this year” insisted Oblate Head Coach, Farrell.

“The boys have been together for the past few years with most of them coming through the club’s academy.

“The achievements this year have been the result of years of hard work and dedication and always wanting to get better. As coaches and as a club we couldn’t be prouder” she told The Echo.