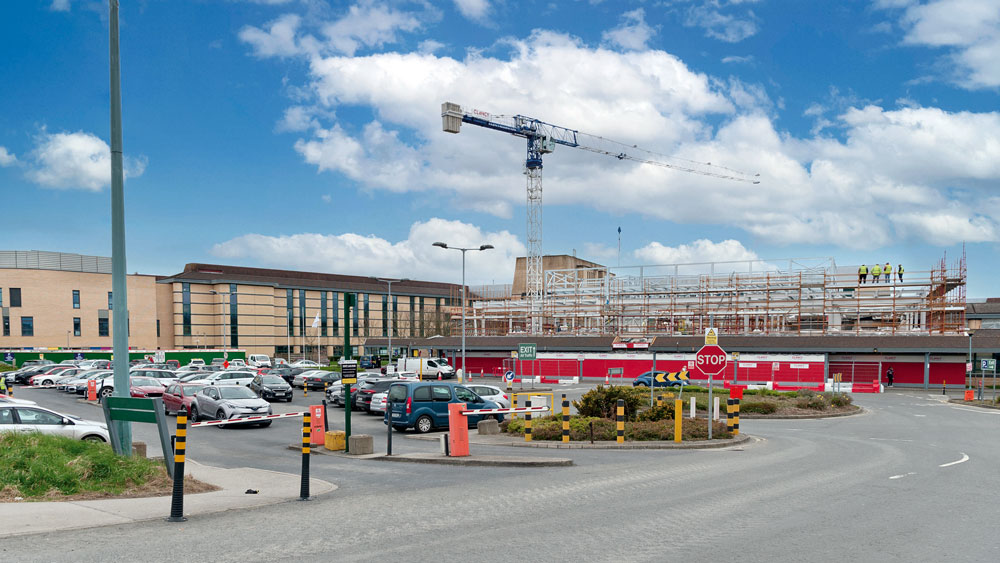 Attendances at Tallaght University Hospital are exceeding all records

One of the busiest emergency departments in the country, Tallaght University Hospital (TUH) has had 35,000 A&E attendances between January and August of this year, an 8.6 per cent increase when compared with the same period last year.

These figures were confirmed in the Dáil, when Minister of State at the Department of Health, Mary Butler TD, responded to a Topical Issue raised by local TD John Lahart on ED numbers at Tallaght.

Minister Butler said that sustained high volumes of attendances, including many elderly patients with complex medical conditions, have continued at Tallaght for several weeks.

She also stressed how a continued requirement to provide separate Covid and non-Covid pathways presents a challenge for all hospitals, including Tallaght.

Speaking in the Dáil and in a subsequent statement released, Deputy Lahart (FF) noted reports that older people in particular are waiting 13 or 14 hours in the ED of TUH.

Deputy Lahart raised the expansive catchment area of TUH and its growing and aging population, and asked Minister of State Mary Butler to outline to Health Minister Stephen Donnelly the “concern of the local community” over capacity issues at Tallaght.

When contacted by The Echo, a spokesperson for TUH confirmed that the hospital has proposed a capital expansion, which would provide “additional bed capacity, improve decontamination facilities and significantly improve quality of care in a range of key areas”.

“The proposal represents an opportunity to sustainably address the access issues at TUH, by combining sizable capacity investment with clinical pathway improvement,” the TUH spokesperson told The Echo.

“The hospital is awaiting the outcome of a HSE cost benefit analysis of this proposal and would hope that we would receive support to develop a new 72 single bed facility at the hospital to address these additional capacity requirements.”

In a message to the community, the TUH spokesperson said: “The hospital and staff are enormously grateful for the support that we have received since the outbreak of Covid, we regret any delay a patient of any age experiences whilst awaiting a bed, once a decision is made to admit a patient.

“We appreciate the volume of patients attending the emergency department can cause delays in waiting times, patients are prioritised according to clinical need and would ask the public to attend their GP in the first instance where appropriate.

“In recent months the ED has been particularly busy, attendances for the last six months have exceeded all records in the previous six years.”

Minister of State, Mary Butler, said in the Dáil that she would bring Deputy Lahart’s concerns back to Minister Donnelly.