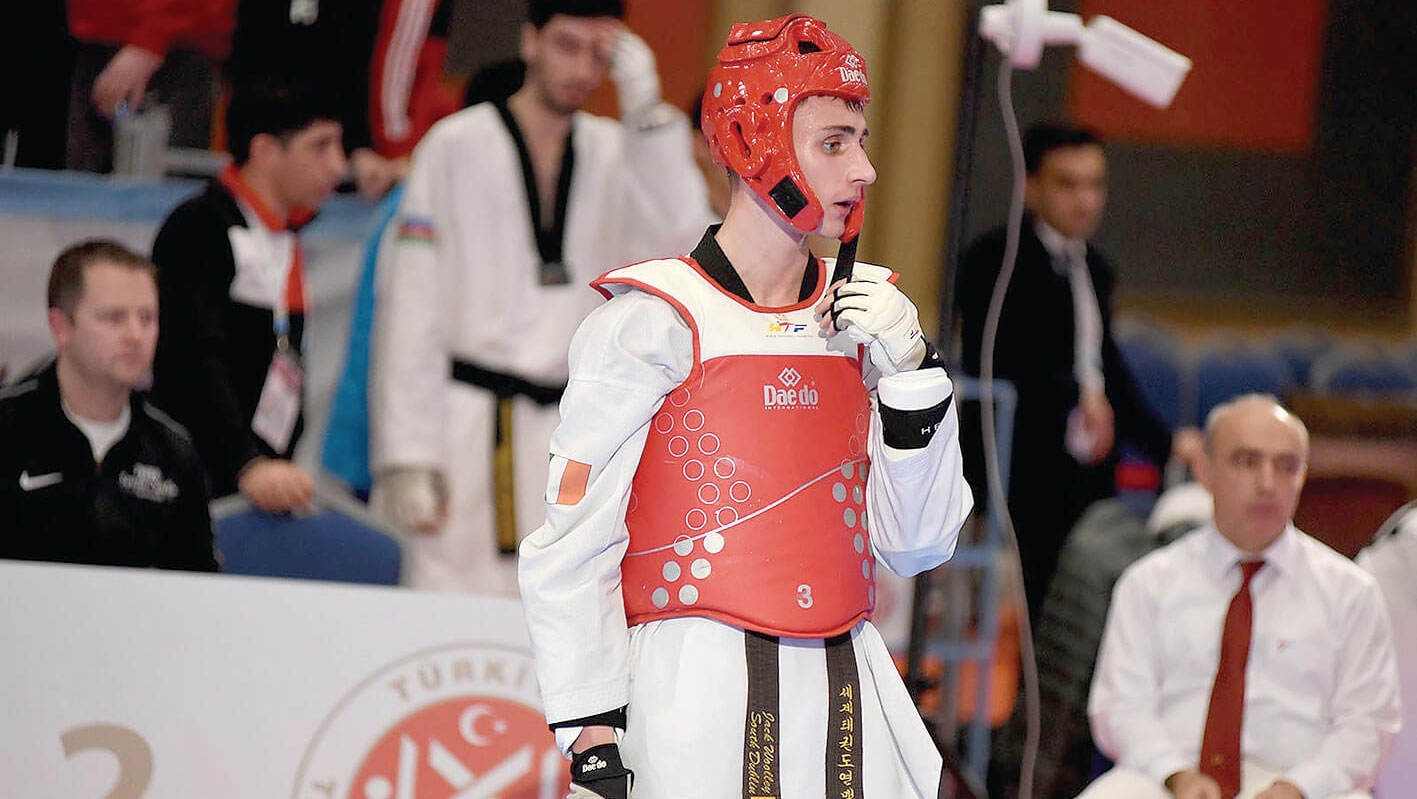 TALLAGHT’S Jack Woolley made a big statement of intent at one of the year’s earliest World Taekwondo Ranking Events, as he took gold in the Turkish Open.

With 1500 individual entries, the tournament was fully loaded with some of the best fighters in the world scrambling for selection for May’s World Championships.

What’s more, with this being a pre-Olympic year the entries in Woolley’s -58kg division included a total of 50 athletes looking to take an early lead in this year’s ranking points leaderboard.

As a high seed, the South Dublin Taekwondo athlete received a bye in the Round of 64 giving him a chance to view his first opponent who would either be from Kyrgyzstan or Turkey.

The local won, meaning Woolley would face a round of 32 match against Musa Cetin whom he overcame in the second round 23-3.

This victory set him up for a clash with Amir Valipour, the Iranian current World Junior champion who transitioned to senior level this year leading to a very strong player having no senior seeding.

After a tentative start from both athletes Woolley pulled away for 19-10 win that led to a quarter final encounter with the tall Azerbaijan athlete Ali Mammadov.

The superior kicking strength of Woolley played a major part in propelling him to a 25-5 triumph that guaranteed him a medal, and a clash with Kazakh-stan’s Aituar Shaikenov in the semi final.

In an excellent display of energy and match management from the Tallaght man, he opened up a 22-6 lead, effectively forcing his opponent to withdraw in the second round.

In the final he came up against World medallist Gashim Magomedov of Azerbaijan, but the lively fighter was shut down by the South Dublin star who stormed to 40-19 success.

“He was unbelieveable. Five fights, four of them stopped before regulation time, two of them threw in the towel, four point gaps, including the Final against the World silver medallist and he beat the current world champion from Iran too.

“We made a few positive adjustments, our video replay was working well and we hope to carry this mentality and performance to Vegas at the US Open in a fortnight,” he added.

Also in action in Turkey were junior fighters David Phelan and Lauren Farrell.

The two 15-year-olds recorded a strong run of matches in massively competitive divisions with Phelan finishing ninth in the -59kg Junior Male division and Farrell taking fifth in the -63kg Junior Female class.