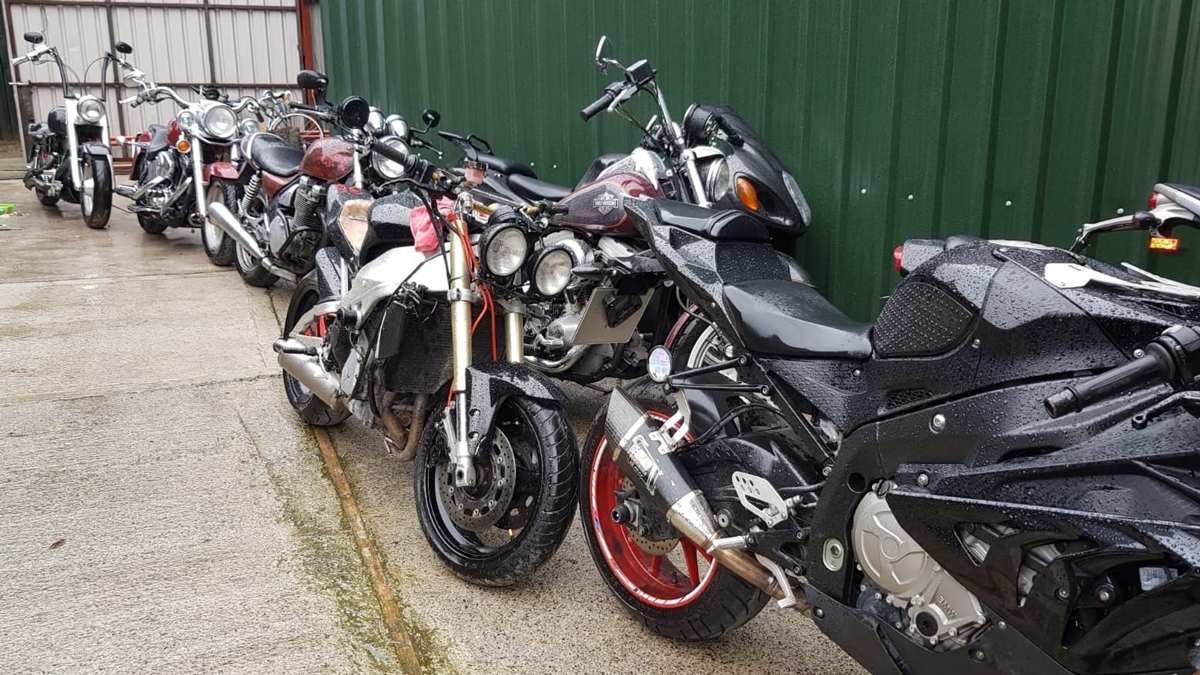 TWO men have been arrested and detained for money laundering offences following a search operation conducted in Crumlin this morning by Criminal Assets Bureau (CAB).

The operation involved the search of a single, heavily fortified compound.

Among the items seized this morning were ten motorcycles, including BMW and Harley Davidson, a BMW car, a Ford Ranger jeep, a Volkswagen Scirocco and €4,000 in cash.

The operation is part of an ongoing investigation being conducted by CAB and the Crumlin District Detective Unit.

The two males arrested and detained for money laundering offences during the operation, are currently detained under the provisions of Section 4 of the Criminal Justice Act, 1984 at Garda stations within the Dublin Metropolitan Region.