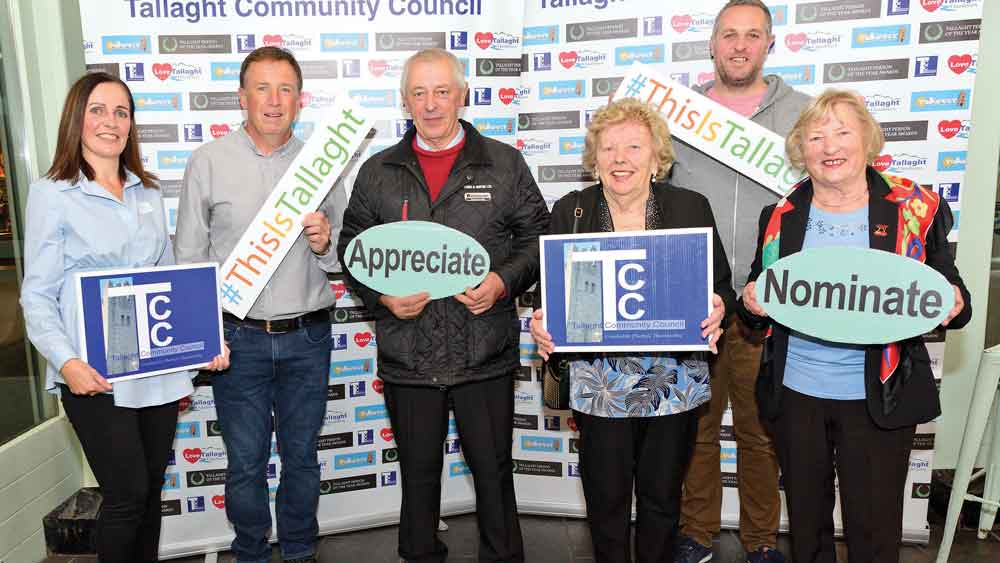 Final chance to nominate your local hero, club or group…

The Tallaght Person of the Year awards is in the final stage of accepting nominations from the community this week.

Nominations opened on October 1 and will run until this Monday, October 31.

The nomination process is simple and you can nominate online at tallaghtcommunitycouncil.ie.

“We are delighted with the community response so far with nominations, particularly after the hiatus of a formal nomination process during Covid. People are delighted to be able to formally nominate their worthy nominees,” Liz Kennedy, volunteer Chair of Tallaght Community Council (TCC).

TCC have begun the process of validating nominations and sending out the much coveted nominee certs this week.

Over 70 certs were issued already, with another batch issuing before the weekend.

“The feeling nominees get when certificates start dropping through letterboxes is one that makes all the effort of running the awards program worthwhile.

“Time and time again we hear from nominees about how it made them feel valued, appreciated and indeed recognised by their peers in the community. It’s a special feeling,” Tara De Buitléar, PRO of TCC said.

TCC are urging people to make sure they submit their nominations this week before the process shuts on Bank Holiday Monday. There are just two days left!

The box office is now open, selling tickets to attend the awards gala event on November 19, in The Maldron Hotel, Tallaght.

Demand is always high for this feel good event, so anyone wishing to attend is urged to get their tickets early, they are €49.50 each.

“We are so looking forward to gathering together again in Tallaght to honour our own community heroes next Month.

“It’s a feeling that never gets old, it is always deeply positive and inspiring – and really enjoyable,” concludes Liz.