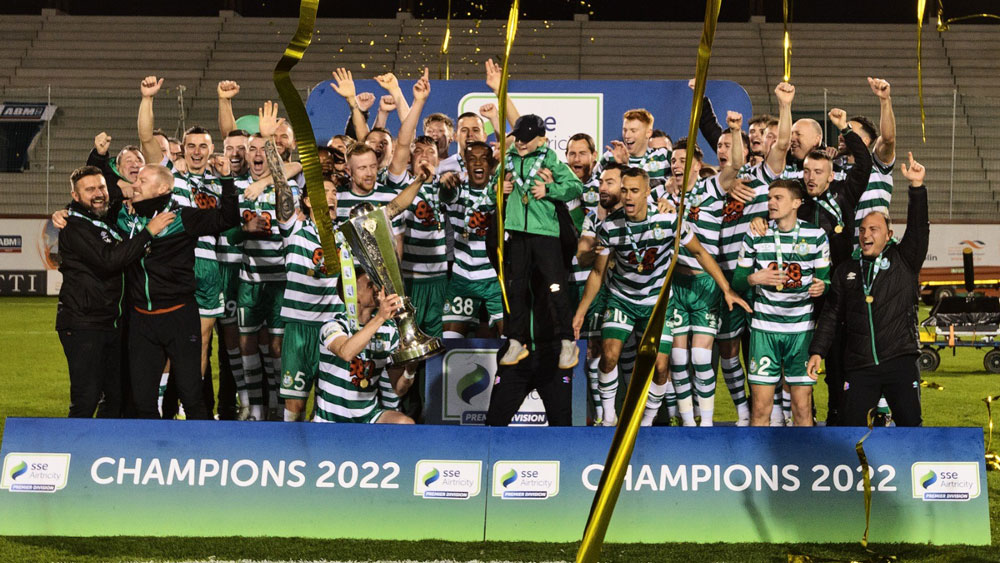 Rovers “Buzzing” after winning three in a row

After feeling like the odd one out upon his arrival in the club, Shamrock Rovers wing-back Andy Lyons was glad to put things right at Tallaght Stadium on Sunday night.

When the Kildare native joined the Hoops from arch rivals Bohemians at the end of 2021, he walked into a dressing room populated by a plethora of SSE Airtricity League Premier Division champions. Now, having been firmly established as a vital cog in Stephen Bradley’s set-up, Lyons can proudly call himself a domestic title holder.

“Now I’m probably the only one who has only won one title! It’s brilliant to obviously get over the line and do that. I’m absolutely buzzing. When I came here at the start of the season, obviously the main objective was to win the league and we’ve done that. I’m really happy,” Lyons said in the aftermath of Rovers lifting the Premier Division trophy for a third year in succession.

“It was brilliant. What a season it was. For myself personally, I didn’t lose a league game here. It was brilliant to finish off with a win, so that was great. Collectively to win the trophy was massive for us.” 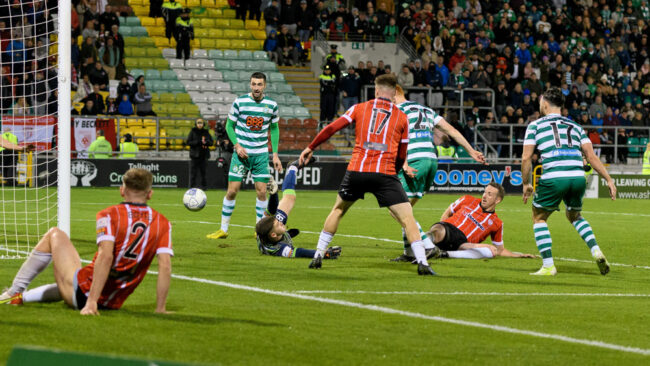 Before making the big switch to the far side of the capital, Lyons was already marked out as one of the league’s most exciting prospects. Making 79 first-team appearances for Bohs over a four-year stretch, he has also progressed steadily through the ranks of the Republic of Ireland underage grades.

Joining forces with back-to-back Premier Division champions would be daunting for most players, but Lyons has seamlessly blended into the Rovers environment with nine goals and nine assists across all competitions in 2022. He is set to have a long career in professional soccer ahead of him and feels the accomplishment of this season has helped him to grow as a footballer.

“The aim was to up my game, up my career that bit more. I think Bohs obviously gave me that foundation and Rovers have brought it onto the next level. I think I’m very grateful to both clubs. Especially this year, it has been absolutely brilliant for me. I put the work in off the pitch and obviously did the talking on the pitch.” 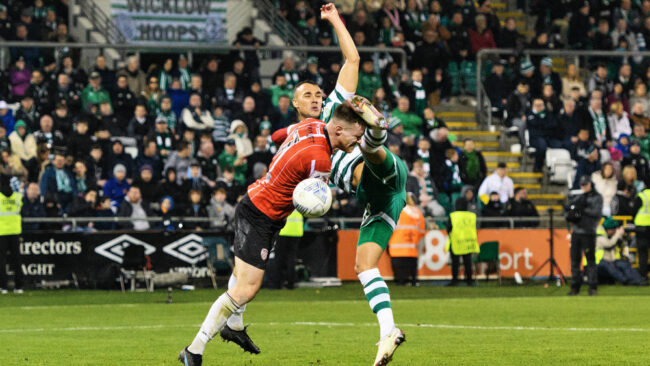 Sadly for Rovers fans – not to mention the club’s playing squad and backroom staff – Sunday’s 1-0 triumph over main league challengers Derry City will be Lyons’ final game as a Hoops player in Tallaght. In a deal that was finalised at the end of August, the former Blackrock College student will join English Championship outfit Blackpool in January on a three-and-a-half-year deal.

Despite having had to consider this major career step for quite some time, Lyons hasn’t taken his eye off the ball from a Rovers perspective. This was in evidence on Sunday, when his superb gallop up the left-flank paved the way for Rory Gaffney’s match-winning goal on 38 minutes.

“It probably wasn’t easy, but it’s one of those where you’ve got to just mentally switch off and just concentrate on what you’re doing here. I try to stay out of it and control what I can control. Because at the end of the day, I probably got the move from what I was doing here,” Lyons added.

“I’ve just got to continue to do that and concentrate on doing that. I think I did that, so I was happy just to help the team and obviously tonight. To get the win and to win the league obviously was brilliant. What scenes it was with the fans, it was brilliant.”