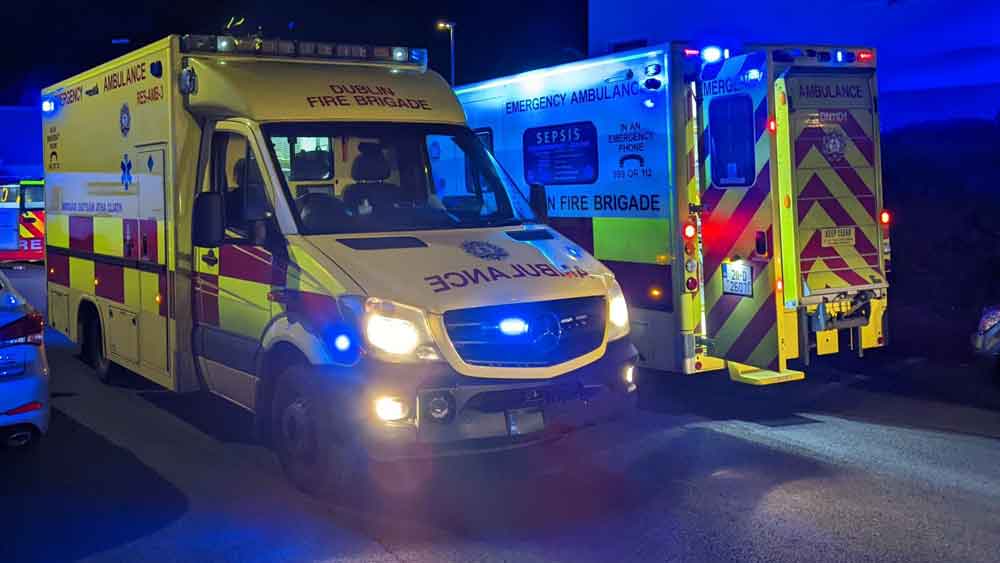 TWO people are in critical condition following a fire at a Tallaght residence in the early hours of this morning.

Gardai and emergency services attended the scene of a fire at a domestic residence in the Deerpark area at around 2.15am on Thursday morning, April 14.

According to gardai, five people were in the residence at the time of the fire.

In a statement this evening, a Garda spokesperson said: “All five were later taken to St James’ Hospital and Tallaght Hospital in Dublin, where they are continuing to receive treatment.

“A man (30s) and a male youth are currently in a critical condition.

“A woman (teens) is in a serious condition.

“A woman (40s) and a male infant are receiving treatment for injuries which are not believed to be life-threatening.”

According to gardai, a technical examination of the scene has concluded, and the fire is not being treated as suspicious at this time.

Firefighters from Tallaght, Dolphins Barn and Rathfarnham attended the incident, rescuing three people from the house.

In a comment on its Twitter account today, Dublin Fire Brigade said: “Breathing apparatus teams entered the home and extinguished the fire as Advanced Paramedics provided treatment on scene.”