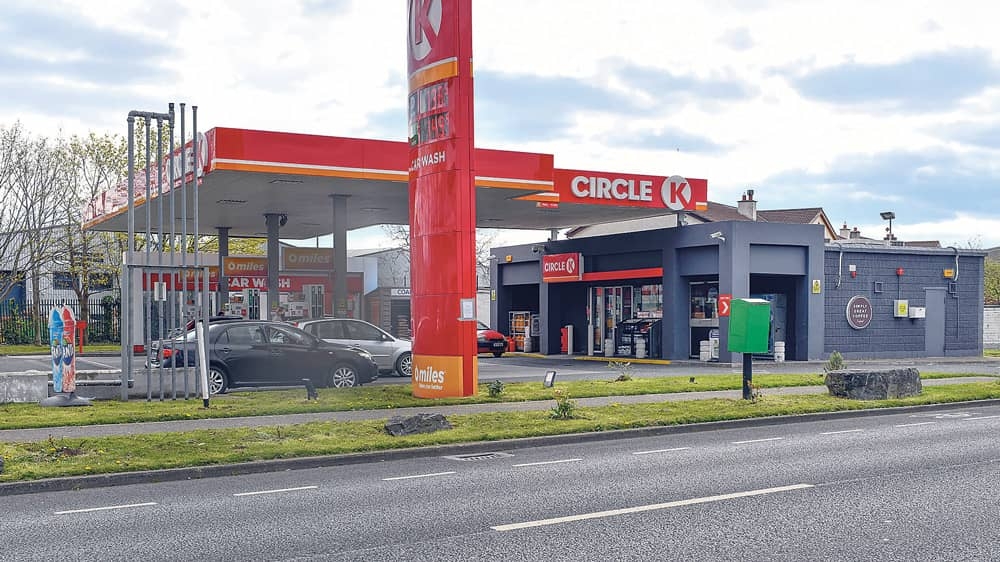 TWO residents’ groups and a local conference of St Vincent de Paul have lodged objections to plans for an off-licence in the Circle K garage in Kilnamanagh.

Kilnamanagh Neighbourhood Watch has claimed that if planning permission is granted, it would “cause serious problems” with anti-social behaviour in the area.

Circle K submitted their application for planning permission to South Dublin County Council on March 31, where they outlined plans for the change of use from permitted retail use, to retail use including the sale of alcohol for consumption off the premises.

The off-licence is to be within the overall permitted retail unit, with a floor area of 8sq.m. It’s noted in the application that it’s to be ancillary to the primary retail use of the garage.

The application has attracted a number of objections, including from John Canning, the president of the St Kevin’s conference of SVP, who cited concerns about anti-social behaviour in the locality.

Mr Canning stated that there are “already more than enough off-licences in the area”, and he said SVP was concerned about the potential for “alcohol being sold so freely with petrol”.

The members of Kilnamanagh Neighbourhood Watch objected to the application, as they claim that the Kilnamanagh Circle K outlet “is not showing responsible supervision of its current alcohol sales” and the proposed off-licence “would cause serious problems for our area”.

The Belgard Area Residents’ Association said they were opposed to the proposed development, as they claim that alcohol is already on sale in the petrol station, and as such it’s not a change of use “but an extension of what is already in place”.

They added that there is an “oversupply” of off-licences within the vicinity of the petrol station.

All three objections also mentioned concerns about underage drinking in the area, and expressed fears that the proposed off-licence could exacerbate the problem.

The Belgard Area Residents’ Association stated that there is “a rising incidence” of underage drinking and anti-social behaviour in the area, which they claim is fuelled “at least in part, by unscrupulous adults buying alcohol in off-licences and selling it on to people [who are] underage.”

A decision on the application is due from South Dublin County Council by May 25.

A separate planning application was recently submitted in relation to the Circle K petrol station in Citywest.

Permission is being sought for a 15sq.m off-licence in the garage, to be ancillary to the primary retail use of the garage unit. A decision on the application is due from the council by June 15.