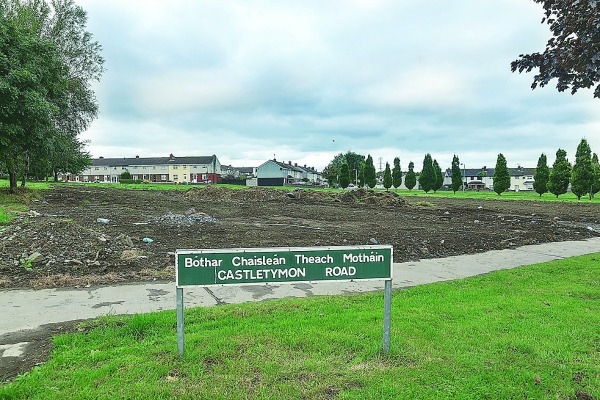 Tymon greenspace will be re-instated

A GREENSPACE off the Castletymon Road which was used as a contractor’s site compound for the past 18 months is being re-instated to its original condition by South Dublin County Council.

In March 2015, the well-maintained, community space was transformed into a compound site for SIAC crews working on the multi-million euro Green Route development – which included a 4km cycle corridor running between Tallaght and Templeogue.

At the time, the council confirmed to The Echo that it would re-instate the green space to its original condition once construction was over.

When contacted by The Echo this week, a council spokeswoman said: “The contractor’s compound has been removed and reinstatement of the area is underway.

“There is an agreement in place with local residents and SIAC to provide a community gain in the form of additional landscaping to the area affected by the compound, which will be described and detailed in a specification agreed with South Dublin County Council.

“These works will be carried out shortly.”