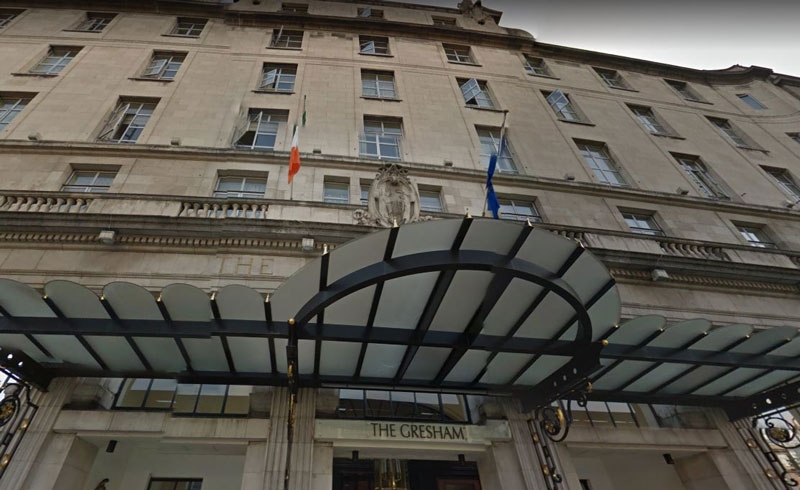 Uncertainty over future for families living in Gresham Hotel

A Clondalkin family of six is hoping to be allocated suitable housing, after the hotel announced this month they would no longer be providing homeless accommodation.

On January 3, 14 families living in the four star Dublin City centre hotel were told they would have to leave by February 1, with some families notified by Dublin City Council in November 2017.

The notice, from The Riu Plaza Gresham Hotel’s management, who took over the hotel from NAMA in 2016, stated that due to continuing refurbishments, the hotel was no longer able to offer long-term rooms.

Dublin City Council, through the Dublin Regional Homeless Executive (DRHE), is the leading statutory authority for allocating accommodation and has offered families alternative accommodation in family hubs and commercial hotels.

A spokesperson from the Dublin Regional Homeless Executive (DRHE) said that they were actively working with families to provide alternative accommodation and that a three-person specialist case unit was involved in this.

The DHRE said: “We are confident that the situation will be satisfactorily resolved before the end of the month.”

However, some larger families are still holding out for suitable accommodation.

Clondalkin man David has been living in the Gresham since November with his partner Pamela and their four children, who range in age from six months to 15 years old.

The family wakes up at 5.30am to ensure the kids are in school in Clondalkin by 8am.

David told The Echo: “I’m sleeping with my two eldest daughters in one room while my wife sleeps with the two youngest in another room.

“My teenage daughters are asking me why their mother can’t sleep in the room with them – she has to be in the other room wth the two youngest. It’s unhealthy.”

David and Pamela have now been offered another two hotel rooms  in a commercial hotel in Clondalkin, however David is hoping to hold out until February 1 to see if his family can be offered something better.

David said he was reluctant to look for a home on the HAP scheme. In  2012, the family moved from Ballyfermot to County Clare under the rural resettlement scheme to ‘give their children a better upbringing’.

However, a home was allocated to them under the HAP scheme but was eventually sold by their landlord and the family moved back to Dublin in 2016, having to split up and couch surf with friends and family.

Since then, David said that any efforts to find a home in Dublin under the HAP scheme has been unsuccessful.

David said: “It was horrible moving back [to Dublin].

“You get depressed and think that you’ve made all the wrong moves and have failed your kids.”

35-year-old Hafida was privately renting an apartment in Mountjoy Square for 12 years, living with her husband and four children, before the landlord notified her of his intention to sell the property and evicted the family.

The family of six are also split between two rooms.

She said: “I was sticking my family in a two room apartment for 12 years, waiting for a house [from the council]. I never, never thought I would be in this situation. It’s too much stress.”

Hafida, who suffers from colitis and hypertension, said the stress was causing her health to deteriorate.

She said: “My health is getting worse and worse. All this for a house. I don’t need a house if I’m gone.

“If my health is gone, what do I do with a house?”

21-year-old Danielle Murphy from Tallaght was in the Gresham Hotel for three months and on Friday, was offered accommodation in a commercial hotel in Clondalkin.

Like David, Danielle also said she was reluctant to take the Housing Assistance Payment. She said: “What if the landlord sells the house? I’ll end up in this predicament again.”

Six families living in the Gresham Hotel were registerd with South Dublin County Council, who began accommodating families in the Gresham at the end of 2015, however the DRHE declined to give the cost of this.