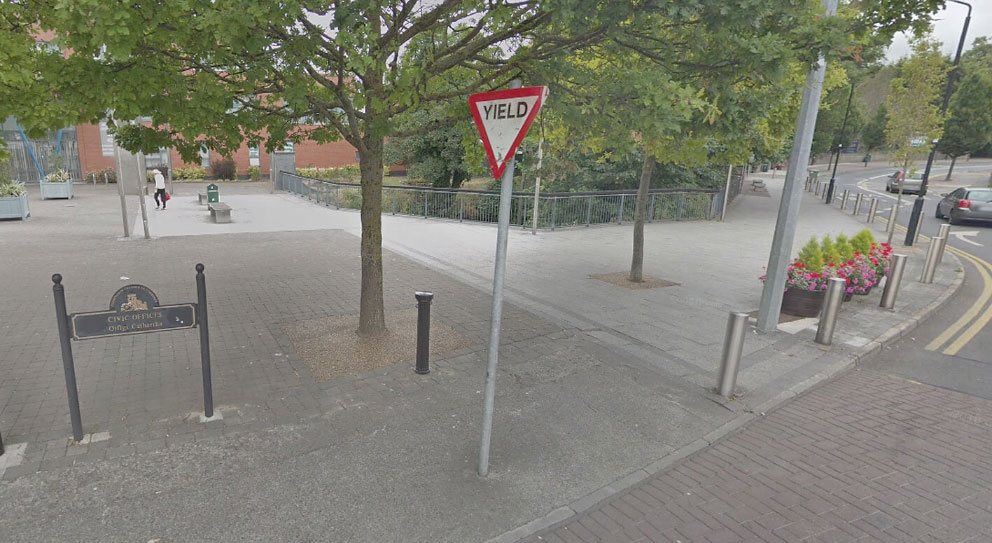 WEATHERED timber at the boardwalk in Clondalkin Village has become too high maintenance for South Dublin County Council – who favour replacing the frequently damaged timber walkway with a robust concrete pedestrian decking.

A review was initiated last year to find a long-term solution to the boardwalk surface that would avoid continual maintenance.

Previous repairs at the boardwalk were found not to be of “long term value” as the area is covered by leaves rendering it damp for considerable periods.

Located across the road from the garda station and beside the council civic offices, the boardwalk has been closed for nine months, according to Independent Councillor Francis Timmons.

“There has been ongoing issues with this for a long time. I hope that this matter is sorted within the next three months before the Tidy Towns adjudicator comes to Clondalkin again.”

On behalf of Clondalkin Tidy Town’s, Timmons asked SDCC for a report on the boardwalk repairs, why it has taken so long, and what costs have been involved.

In response, SDCC said the boardwalk was designed and constructed to be “in sympathy with its location among trees and adjoining the river.”

“While attractive, the timber chosen has weathered over time and has required repairs on a number of occasions. In this light, it has been decided to review the decking material and its support structure. This review in nearing completion and more extensive repairs and replacement will be carried out in the near future. This should resolve the difficulties experienced to date.”

SDCC are reviewing the concrete solution with consultant engineers.

“The process is three months at which stage we anticipate the appointment of a contractor to complete the works,” said a council spokesperson.