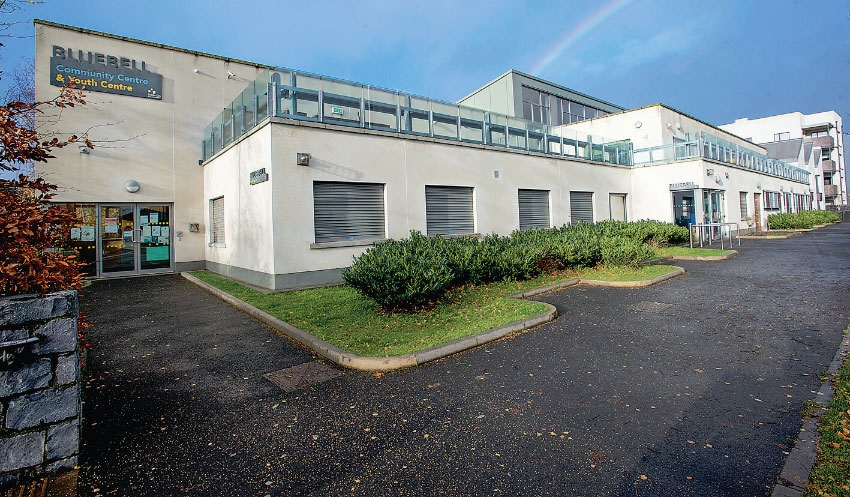 THOUSANDS of euro worth of damage was caused during a break-in at Bluebell Youth and Community Centre last weekend – ensuring services cannot operate out of the facility this week.

Sinn Féin councillor Greg Kelly visited to site on Monday and was shocked by the “wanton destruction”.

Cllr Kelly said: “This is not just an attack on a building but an attack on the whole community. This DCC facility is used by every group in Bluebell, from children and youths, disability groups, mothers and fathers and senior citizens.

“Offices upstairs were ransacked, filing cabinets broken, laptops and X-boxes stolen. Work was going on inside the centre for the all-weather pitch that will be installed on land beside the building. Hopefully, the centre will be back open to the public on Monday.”

Cllr Kelly said the centre suffered a minor break-in two weeks ago which wasn’t as bad as this one, and he has spoken to DCC senior management about getting repairs done.

Nobody from the Bluebell Community Centre groups was available to take a call this week.

The Echo understands some staff members were at the site on Monday, as gardai investigated the scene.

CCTV footage is being assessed by gardai as part of their investigation.

A Garda spokesperson said: “Gardai are investigating a burglary that occurred at a youth centre in Bluebell, Dublin 12 on Sunday morning November 25 (between 3am and 4.30am).

“A large number of vending machines were ransacked and money taken. Damage to the youth centre also. No arrests have been made and investigations are ongoing.”