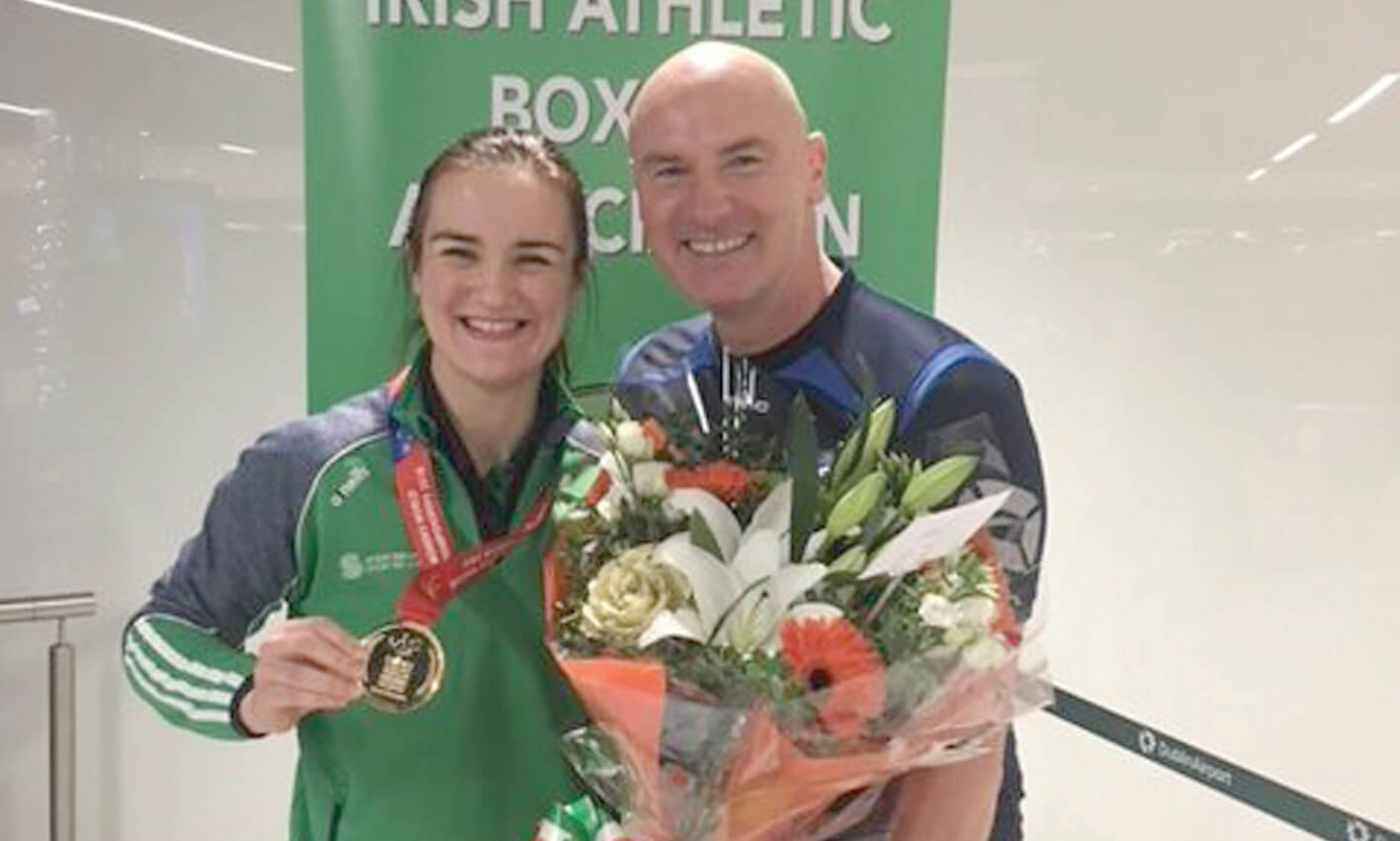 ‘I’ve never seen her so determined’

Boxing out of the Tallaght club since moving down to lightweight some two years ago, the 28-year-old competitor beat Thailand lightweight Sudaporn Seesondee to complete her march to gold in India.

Indeed, Harrington emerged on the favourable side of a split decision in the decider to become only the third Irish boxer to win gold at world elite level.

Burke who was very proud of his boxer’s showing at such a hugely competitive level told The Echo: “She stuck to the game plan and produced very good, very mature performances.

“She had prepared very well and preparation is what it’s all about. But being able to carry it out is down to mental strength, dealing with the occasion.

“Kellie is great at that. She’s someone who just wants to keep improving and, in boxing, if you don’t keep improving, you’re going backwards.

“She won bronze in the Europeans, but she got a very harsh decision in the semi finals.

“Going out to the Worlds she was just looking to win gold. I’ve never seen her so determined. Of course you can get a bad decision by the judges, but she boxed brilliantly.

“She’s as comfortable boxing southpaw as she is orthodox and that’s just down to God-given talent.

“It’s very difficult to develop that through training. It’s really down to natural ability, to have both sides of the brain working at the same time,” he said.

Harrington ensured a place on the World Championship podium when she beat Canada’s Caroline Veyre last week after which she made certain of silver with a win over Kazakstan’s Karina Ibragimova  in the semi finals before securing the ultimate prize.

She has proven a tremendous addition to the St Mary’s club in Tallaght according to Burke, but not solely because of her boxing prowess.

“Outside of boxing, she’s just a lovely human being and that’s what we look for first and foremost when someone comes through our doors. After that we look at the boxing side of it,” he said.

Following a well-earned rest, Harrington will next year be turning her attention to Olympic qualification with another number of major internationals scheduled for that.