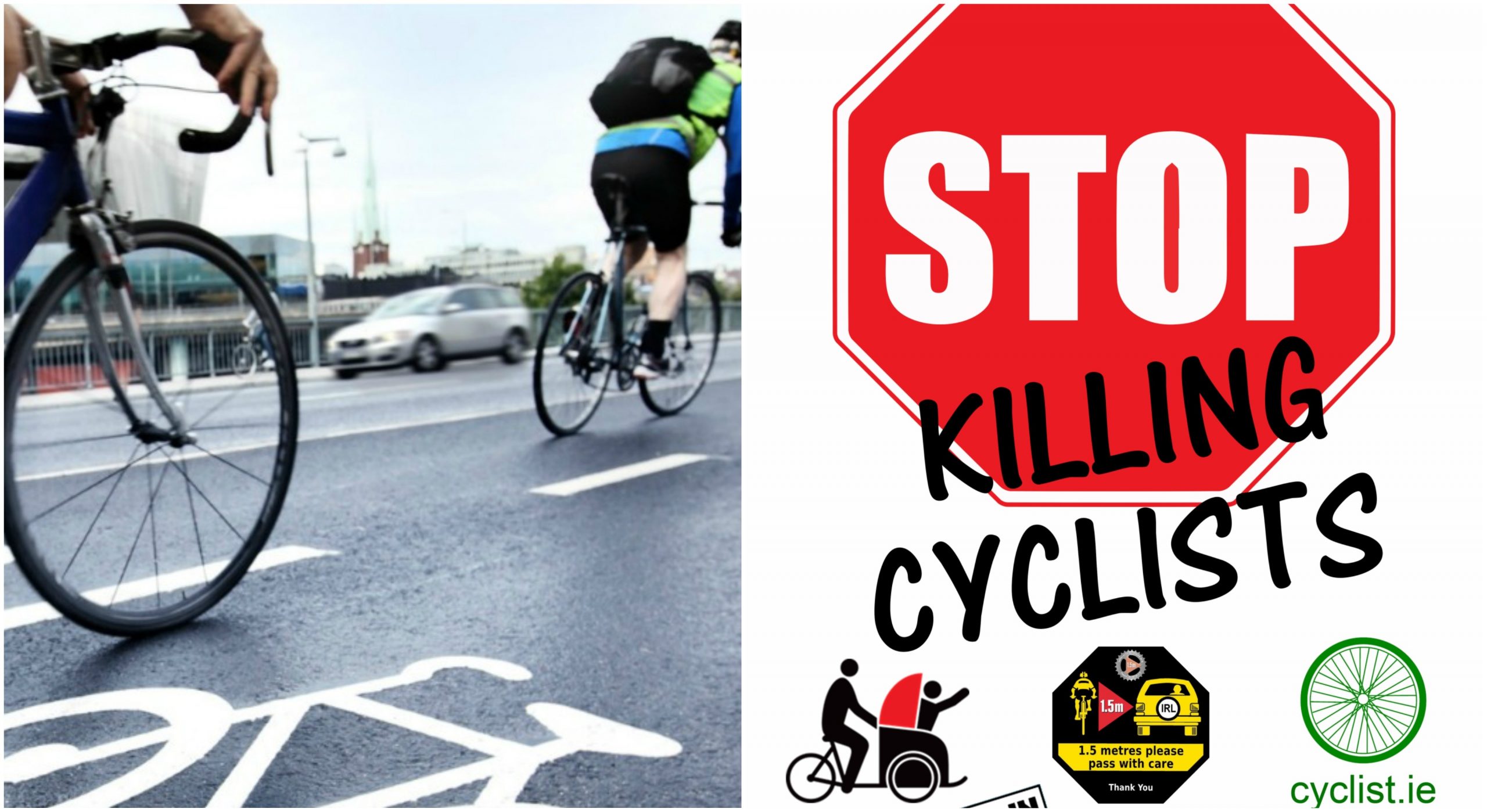 A vigil for cyclists who have died on Irish roads in 2017 will take place this afternoon outside of the Dáil.

The 'Stop Killing Cyclists' vigil and demonstration will be held outside the gates of Leinster House at 5.30pm to remember the 14 cyclists who died this year.

Just last week, a male cyclist died in Rathfarnham, while another died in County Meath.

Separately, a 70-year-old man was killed on November 12 following a collision with a car in County Meath.

Various cyclists’ groups have organised the vigil to highlight the risks cyclists face on roads and to call on the government to increase funding and resources for cycling.

They have also called to increase the number of Garda Traffic Corps from 700 to 1,200.

The vigil is being organised by Cyclist.ie, Dublin Cycling Campaign, IBIKEDublin, Safe Cycling Ireland and Cycling Without Age.

Phil Skelton of ‘Stayin Alive at 1.5’ said: “Many motorists are simply not aware of the rights of bicycle riders and the challenges they face in navigating a road system designed primarily for motor vehicles, underpinning a stubborn prejudice that bicycle riders are “rogue” road users.

“While bicycles are defined as vehicles, and given similar rights to cars when on the road, they face disproportionate vulnerability.”

The total number of cyclists killed in 2017 is 14. According to data cited from the Road Safety Authority, four more cyclists died in 2017 than in 2016.

Stephen McManus for IBIKEDublin said: “Death by car should never become normalised in a society that cares for its people.

“Parents, children, partners, and siblings have been killed while cycling to work, school or while just out going about their lives.

“The state must act immediately and make infrastructure safer for pedestrians and cyclists to avoid further deaths.”