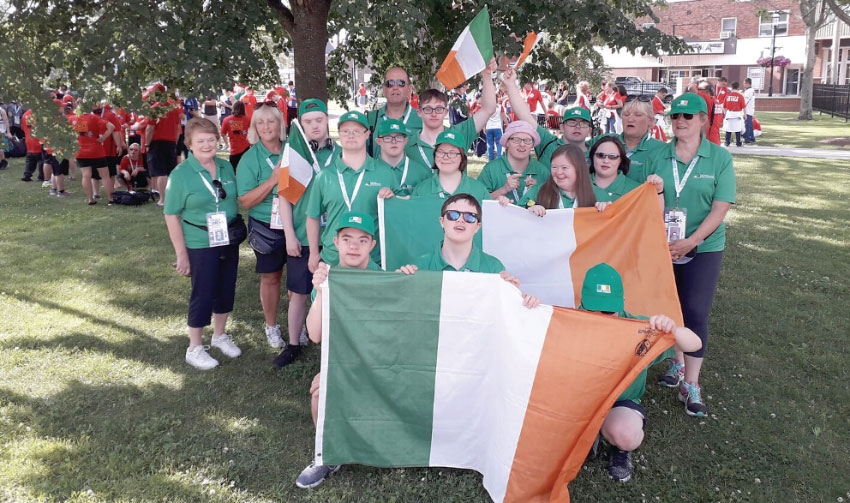 THREE members of Viking Swimmers Special Olympics Club made their presence felt with the Ireland team at the recent World Down Syndrome Swimming Championships in Canada.

Eoin Tully, Maeve Philips and Mei Lin Yap were part of the 12-strong squad that represented the country in the competition which involved no less than 26 nations.

The Ireland team in Canada

Under the guidance of Head Coach Carol O’Brien and her team, they recorded PBs and bagged medals in the heats of their competitions.

Tully won a Heat gold in the 200m Freestyle and Heat silver in the 50m Breaststroke while Phillips, who turns 35 this year and was the oldest member of the team, recorded personal bests in the 100m Individual Medley and 50m Backstroke.

Yap picked up Heat silver in the 400m Freestyle and Heat bronze in the 50m equivalent.

Eoghan Ashe was Ireland’s most successful competitor, going second on the podium in both the 25m Backstroke and 25m Butterfly.

In all Ireland carded five gold, three silver and 10 bronze heat medals and a total of 36 PBs together with Ashe’s two World silvers.