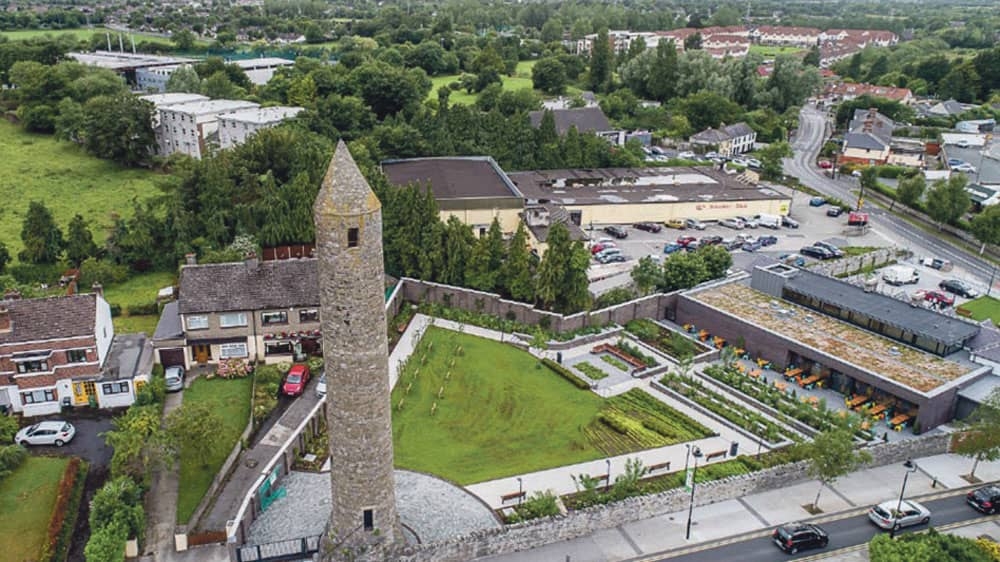 PUBLIC access to the gardens at Brú Chrónáin Round Tower Visitor Centre in Clondalkin is free and not contingent on being a customer of the café or shop, according to South Dublin County Council.

Residents who contacted The Echo this week, noticed the closure of pedestrian gates to the gardens, leading to concerns about restricted access, and the inability to bring in outside drinks and food.

The garden at the Round Tower Visitor Centre (Image: Ben Ryan)

“As is standard practice in the sector, visitors are asked to refrain from bringing in food and beverages from outside premises,” said the local authority.

Last year, East Village Coffee on Monastery Road, took over the running of the café and retail space in the centre after the Happy Pear pulled out of Clondalkin.

SDCC told The Echo the gardens are an “integral part of the exhibition at the centre” with both open to the public free of charge between 9am and 5pm Monday to Sunday.

“The gardens remained open throughout the period when public health guidelines required the closure of indoor museums, galleries and visitor attractions,” said SDCC.

Clondalkin Cllr Eoin Ó Broin (Ind), who was at a committee meeting for the centre on Tuesday night, said the garden at Brú Chrónáin is “part of the centre rather than a public park.”

“For the gate to be left open all of the time, the council would have to take over the running of the garden rather than the concessionaire,” said Cllr Ó Broin.

“Nonetheless, the garden is currently accessible via the centre and no purchase is necessary.”

SDCC said they have been successful in receiving funding from Fáilte Ireland to deliver the development of a multi-lingual audio tour app in English, Irish, French and German at the centre.

“Interpretation in the garden will be improved by introducing signage to inform visitors what plants and herbs were used within monastic life. A heated outdoor area will also offer a multipurpose space for both the local community and visitors alike.”