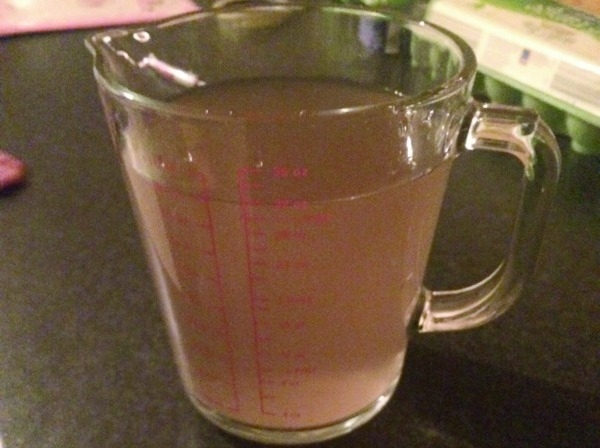 A LACK of information on why the tap water in one Tallaght estate turned a murky brown last week has unleashed a flood of calls concerning the communication void from Irish Water and South Dublin County Council.

Last Thursday, a number of homes in Russell Square, Tallaght, experienced a contaminate in their water supply, which turned their drinking water a murky brown.

However, calls to Irish Water and South Dublin County Council to discover the reason behind the contamination proved fruitless for many – including Tallaght Sinn Féin TD Sean Crowe.

The Echo has since discovered that the council was carrying out leakage investigations in the area, which could have “possibly” seen the dislodgement of sediment.

Deputy Crowe told The Echo: “Last week, nobody knew what was going on.

“There were rumours that the council were out cleaning drains and that the change in water colour had something to do with, which had some people pretty worried.

“However, despite numerous attempts no official information was provided by either Irish Water or the council.
“There continues to be a huge level of confusion among residents when they need to report a water issue, and that confusion seems to apply to Irish Water and council staff too.”

He added: “Luckily the water started running clear on Friday, but nobody took ownership or reassured residents that the water was safe to drink – or what caused it.

“I contacted Irish Water myself and they said they weren’t aware of any works in the area and that was pretty much the extent of my call.

“The issue seems to have been resolved, but with absolutely no communication with residents, who have been left in dark about the quality of their water supply.

“We’re hearing this week that it could possibly have been sediment, but what if residents tried to report a contamination that did pose a health and safety risk? Who, if they can get through, takes action?”

This week The Echo made contact with South Dublin County Council and a spokesman confirmed that the discolouring could possibly be a result of water leakage works.

He said: “Water Leakage Inspectors from South Dublin County Council visited the estate last week to investigate possible leaks in the water mains within the estate.

“To assist in the identification of the location of possible leaks, the inspectors operated a number valves which were located on the water mains.

“It is possible that a small amount of sediment could have been disturbed during the operation of the valves.”
He added: “The council did not carry out any physical works on the water mains.

“The estate in question is not in the charge of the council, so the necessary maintenance works identified by the inspectors were conveyed to the developer.”

Irish Water told The Echo that they test the water supply at the treatment plant but not locally, unless they receive complaints from residents.

A spokeswoman said: “If it is sediment that got into the water supply, running the tap until it runs clear should flush out any sediment. This doesn’t pose any threat to the public.”