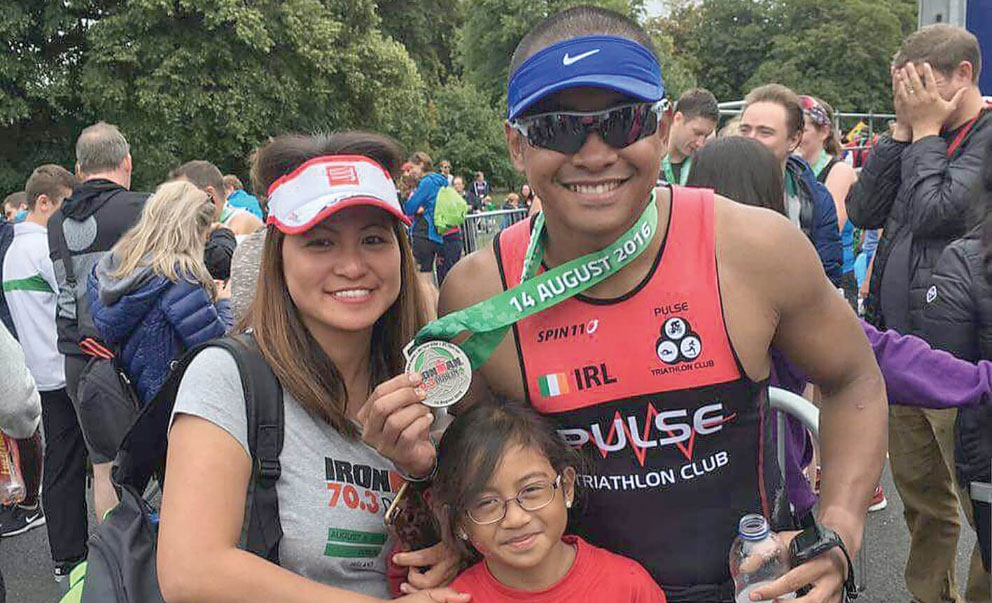 ‘We just miss Michaela so much, she was a lovely girl’

The parents of a nine-year-old girl with a heart condition who died while learning to swim paid tribute to their ‘lovely, sporty’ girl.

Michaela-Clare Gonda was retrieved from a pool as she waited for her swimming lesson to start.

Michaela-Clare Gonda with her parents Michael and Yvonne

Her devastated parents described her as a fun, active, loving child who lived a full life despite her heart condition.

“We just miss Michaela so much, she was a really lovely girl, she loved singing and she loved her swim classes,” her father Michael Gonda said.

He was speaking after an inquest found the child did not drown but suffered a cardiac arrhythmia while swimming. The inquest further heard that the navigation system used by Dublin Fire Brigade is not compatible with the Eircode post code system.

Michaela-Clare was born with the congenital heart condition Tetraology of Fallot and underwent a corrective procedure at age four months.

In 2015 she had further surgery and it was noted that her heart function was not perfect but she was doing well.

Michaela was about to begin her third swimming class at Tallaght Community School Sports Complex in Balrothery, Dublin 24 at 7pm on May 12 2017 when she lost consciousness in the water.

Her parents Michael and Yvonne Gonda, who relocated to Tallaght from the Philippines in 2000, were chatting on a bench beside the pool.

“Michaela kept coming up to us saying, ‘I know how to swim now Mammy.’” Michael said.

A minute or so passed when he noticed she hadn’t been back to talk to them.

“I saw her underwater. I jumped straight in,” he said.

Staff began chest compressions and brought the defibrillator but could not use it because the battery was low, the court heard.

Emergency services were called at 7.12pm and arrived at 7.19pm.

Responding to questions about directions, Dublin Fire Brigade Station Officer Dominic Taaffe told the coroner the Eircode system is no use to fire brigade staff unless they use their own personal mobile phones.

The child was rushed to Crumlin Children’s Hospital where she was pronounced dead shortly after 8pm.

A postmortem found substantial damage to the heart muscle.

“Michaela did not drown, something happened to her heart in the water that caused her to lose consciousness,” Coroner Dr Myra Cullinane said.

The cause of death was dis-rhythmic death secondary to pronounced myocardial pathology in a nine year old child with a history of Tetralogy of Fallot.

Returning a narrative verdict, the coroner recommended that facilities with defibrillators have a system of ensuring the equipment is functioning.

The inquest heard that the defibrillator at the Tallaght Schools Complex is being checked daily since the child’s death.

“Michaela had done so well and come through so much, it must be devastating for you to have lost her,” Dr Cullinane said to the family.

NEWER POSTArmed Gardai respond to incident at health care centre
OLDER POSTPrisoner did €1,750 worth of damage to prison cell